Trending
You are at:Home»Opinion»Columnists»Speaking with the Parents of Transgender Youth

Every species protects its children. From the fierce lioness guarding her cubs to the hen sitting on her eggs, the instinct is wired into our being to keep our young safe until they fend for themselves.

Unfortunately, for the trans* community our young are usually someone else’s children. If the child is lucky, when parents learn they have a transgender or gender variant child, they do careful research. They learn it’s not necessarily something the child can help. They see the child’s very nature driving the behavior, and they nurture the whole person and help reconcile  the world’s expectations with the demands of gender identity. 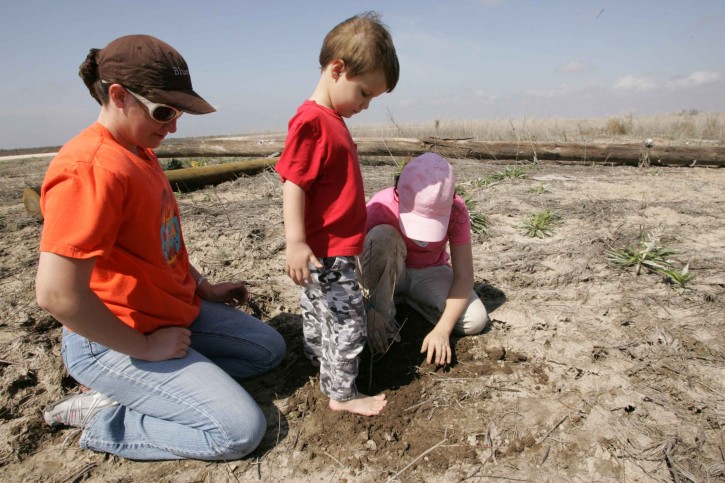 If the child is unlucky, however, they are born to a household is frightened of the changes. Such children face efforts to “fix” their gender and force them to conform to expectations. The outlook for them is bleak. Studies find their rate of suicide far higher than those lucky enough to be supported by their parents. Children whose parents do not accept their gender, struggle to find allies, and find themselves torn between their own reality and their family’s demands.

It is up to the transgender community to reach these parents. Only we truly understand the damage. It’s tempting to turn away. The task is daunting. We’re dealing with parents not only whose knowledge of us are limited, but often whose cultural and religious background are openly hostile to our claiming our identities.

But we must try. It really is up to us. No one else will rescue these children. Others will avoid the issue, some from a desire to avoid friction and others from a lack of understanding of the destructiveness of forced denial of gender identity. We are these children’s only hope.

It’s possible. Anyone can be educated, especially motivated by love of their children. Here I suggest four steps we can and should take to try to reach parents who resist supporting their children’s gender identity.

Step 1: Align your interest with theirs.

Expect suspicion at the outset. Many people hear we are pushing a “gay agenda”. That we “convert” people into our lifestyle. Or they’ve been told our lifestyle is evil and we are instruments of the devil.

It is critical to emphasize that our interests are exactly the same as theirs. We want only  that their child makes it to adulthood without becoming a suicide statistic, and arrives there without scars that make them shudder to look back at their childhood or sever ties with their family. Also emphasize that they have nothing to lose by listening. If they do not like what we are suggesting, they can forget they ever met us. But if they learn something that will keep their child from ending their life or face unendurable trauma, it will be worthwhile.

Step 2: Ask what they would do differently

Invite them to imagine that their child has an identity that makes it exceedingly painful and traumatic to live under the gender expectations associated with their birth sex. That no amount of therapy or threats could make them happy or even comfortable living that way, because that’s they way their child was built.

If they object that isn’t true, don’t argue. Simply invite them to imagine that were the case. Once again, remind them if necessary that they have nothing to lose by playing this little game. If they don’t like where it goes, they can forget they ever saw you.

Once they understand what you’re describing – that the child’s gender identity is unchangeable and any attempt to change their gender would destroy them – ask them what they would do differently as parents if that were their child’s reality. They’re not committing themselves to that, just asking themselves a what-if question: What if their child’s gender identity is not changeable and trying to change it would crush them, resulting in feeling rejected by the very people who can help the child learn to like themselves? What would they do differently?

Step 3: Ask whether there is a possibility that some children have unchangeable gender

Even if they’re pretty sure that their own child’s gender identity can be changed (the alternative is terrifying to many parents) ask whether it’s possible that in the amazing variety among people in our world, that there are some for whom their gender identity is unchangeable. That somewhere among the billions of children in this world, live some whose brain wants them to be a gender that differs from their body, and that trying to change that would not only be unsuccessful, but would result in the child becoming despondent and possibly committing suicide.

If they persist in saying no, ask how they can be sure. Point out that there are traits that people don’t generally change. If you’re good at sports, or music, or art, you don’t suddenly not become good. How can they be sure that for some people somewhere, gender identity is something about their brains that will not change.

Step 4: Work with them to find alternatives

This final step must be cooperative. We’re simply not going to be able to find a solution that is palatable for someone who differs from us in culture, religion, and philosophy. During this step we invite them to suggest alternatives for how they can deal with their child. You can point out periodically that their child may be one whose gender identity is unchangeable, so whatever they decide should probably take that possibility into account. Encourage them to come up with a plan and, if possible, to write the plan down. Unless you’re approaching them in an official capacity, you have no control over what they decide to do. The best you can do is open their eyes to the reality and consequences of their decision.

Will these work? It really depends on the emotional place where the parents start. If they start from a place of love, you have a good chance of success You should be able to appeal to their love for their child and their interest in learning what’s best for them.

However if they are coming from a place of fear, the outlook is far more grim. In contrast to love, which motivates parents to seek ways to better support their child, fear motivates parents to protect. To lock the windows and doors of their minds and hunker down and pray for safety. If the parents are more afraid of their child becoming transgender than they are of the possibility of suicide, anxiety, depression, estrangement, trauma, or the other gruesome products of gender dysphoria, then unfortunately those parents may be beyond your help.

But you owe it to the child at least to try!