Trending
You are at:Home»Life»Transition»Lynn Conway is the perfect example of a successful transition

Do you sometimes think that you might not succeed in your transition?

In the year 1938 a male child was born in White plains, New York. raised as a boy, and grew up as a man, then married and had 2 children.

Today Lynn Conway is a woman who is a true pioneer in her career as a microelectronics chip designer. 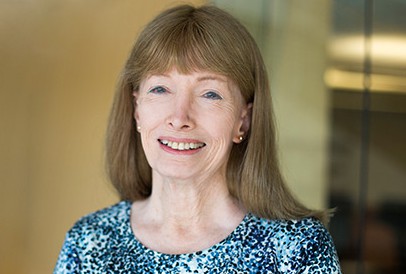 Conway recently celebrated her 77th birthday, is retired, and lives with her husband Charlie whom she married in 2002. The couple has lived in Michigan since 1994 .

For thirty-one years after her transition in 1966, Conway stayed in stealth mode till 1997. Through that time in her life she only let her closest friends know about her Gender Identity Disorder. She did it to protect herself and her family from societies hate and often violence towards those who are different than the norm.

She slowly started to come out of the closet more widely starting in 1999. This was the result of her increasing professional prominence leading to people looking into the earlier years of her employment. It is incredible that she was able to remain in stealth mode for so many years.

Conway has been now post-op 47 years. She started her first transition attempt in 1956-57 but failed to complete due to lack of medical guidance.

She always had the feeling something was wrong since her early childhood but just never knew what it all meant; something every transsexual has experienced.

At the time of her first transition attempt in 1955, she was studying at MIT; but sadly dropped out soon after. Conway began working in the field as an electronics technician, and a short time later attended Columbia University’s School of Engineering and Applied Science where she earned her B.S. and M.S.E.E.degrees in 1962, and 63 respectively.

Conway started working on a second attempt at transition starting in 1966 when she contacted Dr. Harry Benjamin, shortly after he published his classical textbook The Transsexual Phenomenon.With his guiding hand, she began hormonal reassignment therapy in 1967. She became one of the very first transgendered woman to undergo HRT to changer her secondary gender characteristics from male to female.

Conway underwent her Gender Confirmation Surgery in 1968, shortly after being fired from IBM for being transgendered. But was she really transgender, or was she a woman. Upon completing her transition in 1968, Conway changed her legal identity and restarted her life and career in stealth mode.

She was not one to roll over and just let her life fade into the good night. Conway worked her way through all the discrimination she had experienced in here early attempt to transition. She seen the writing on the wall and went about proving the naysayers wrong.

In her professional career Conway made a name for her self as a famed pioneer of microelectronics chip design. Innovations she made during the 1970’s have changed how computer chips are designed worldwide. Many high-tech companies and computing methods have their foundations in her work.

Thousands of chip designers learned their craft from Conway’s textbook Introduction to VLSI Systems, which she co-authored with Prof. Carver Mead of Caltech. Thousands more did their first VLSI design projects using the government’s MOSIS prototyping system, based directly on Conway’s work at PARC.

In 1999 Conway publicly released her story through her web site.

How does Lynn Conway Stack up to other leading LGBTQ success stories? How about you, is your story worth adding? We might come out with a black and blue eye;s but never let it stop us. There is nothing in transition can make you fail. If you do fail, you might need to check your own personal inventory for improvements.

Where do we go from here, is your story worth telling, have you been a pioneer? We will be exploring more people to create the stories on pioneers in transition.

Editor’s Note: This article is the combined research and writing of Mrs Izzy and Sylvia