Your support makes all of this possible. Please donate or subscribe. We have raised $245.00 so far this month, leaving us $2266.87 below our goal for the month of December! :(

A survey has found that about 30 percent of sexual minority medical students hide or don’t reveal their sexual and gender identity, often because they fear discrimination.

About a third of sexual minority medical students choose not to disclose their sexual identity or orientation during medical school, according to a study by Stanford University School of Medicine researchers.

In addition, 40 percent of medical students who identify themselves as “not heterosexual” reported they were afraid of discrimination in medical school, they found. The study results were published online Feb. 18 in Academic Medicine.

A commentary written by three of the study’s researchers and published Feb. 3 on the journal’s website stressed the need for physicians to lead the way in fostering a higher level of diversity and inclusion in the field of medicine. The two articles will appear together later this year in a print issue of the journal focusing on lesbian, gay, bisexual and transgender issues.

“There is still this huge percentage of medical students who are afraid of discrimination in medical school and how it could affect the rest of their careers,” said Mitchell Lunn, MD, a co-author of both papers and co-founder of the Stanford Lesbian, Gay, Bisexual & Transgender Medical Education Research Group. “We are supposed to be a field that is accepting of people and one that takes care of people regardless of differences, and yet we can’t even do that for people who are part of our own community.”

To collect data for the study, the researchers distributed an online survey to all medical students in the United States and Canada during the 2009-10 academic year. Of the 912 respondents who indicated they were sexual minorities, 269 (about 30 percent) reported that they concealed their sexual identity in medical school. The survey included both multiple-choice questions and free-response questions. 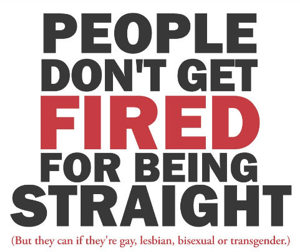 The most common reasons given for remaining “in the closet” was a belief that their sexuality and gender identity was nobody’s business, a fear of discrimination, a lack of support from peers or family, and pressure from social norms.

“Fear of discrimination was the most common theme — discrimination from peers, from your evaluators and faculty members, also from patients,” said Matthew Mansh, lead author of the study and a fourth-year medical student. Gabriel Garcia, MD, professor of medicine and former associate dean of medical school admissions at Stanford, is the senior author.

The study also found that about two-thirds of gender minority medical students (those identifying as transgender or something other than male or female) said they concealed their gender identity during medical school.

The pressure that comes along with attending medical school also discouraged many students from coming out because they saw it as yet another source of stress, Mansh said. The study quoted one of the respondents — a 27-year-old, third-year, gay, white man — as saying, “I feel there could not be any worse of a time to come out or even question my sexuality.”

“Medical school itself is a very intense experience, particularly when you get to be a clinical student switching teams every two to three weeks, working 80 hours a week. You’re already dealing with enormous pressures,” Mansh said, who added that he has been openly gay since he was 17 but still experienced some of this fear of discrimination himself.

“There were definitely times, more so during my clinical years, when I didn’t go out of my way to let people know I was gay for reasons similar to some of the reasons the medical students in the survey gave,” Mansh said. “A lot of grading in medical school is very subjective. I have met physicians who make sexist or homophobic remarks, and it makes you not want to come out. You don’t want your personal identity to affect your grade.”

Overheard sexist and homophobic remarks were mentioned by respondents, including one student who recounted an appointment during a surgery rotation with a transgender patient who was “treated like a freak by the residents and attendings behind closed doors, joking at his expense.”

Being LGBT should be a non-issue in medicine and that includes both for patients and medical students. – Mitchell Lunn

Other reasons discussed in the written responses to the survey included concern that their chosen specialty — such as surgery, which has a reputation for being a macho field — might be less accepting of their sexuality, or that their U.S. Army scholarships might be withdrawn. (The survey was distributed prior to the repeal of the military’s “don’t ask, don’t tell” policy.) Another concern was that they were interested in pursuing a residency in a rural location where, culturally, a member of the LGBT community might not be accepted.

“Students said they worried that ‘because I’m gay, I can’t go back to those rural communities,’” Mansh said. “Sadly, those areas are where sexual minority patients would really benefit from having a sexual minority physician.”

Being LGBT should be a non-issue in medicine and that includes both for patients and medical students. If you can improve the educational environment by embracing diversity, broadly defined, it will lead to better care for patients, which is the end goal of all of this.
The commentary recommended that the medical community both start routine collection of statistical information on LGBT medical students and improve recruitment efforts. The fields of business and law are already ahead of medicine in both these areas, the authors said.

“Law and business are two particular fields that actually make a concerted effort to explicitly recruit sexual and gender minorities,” said Lunn, a clinical fellow at UC-San Francisco who graduated from Stanford’s medical school. “We don’t collect sexual and gender identity information. We don’t even know how many LGBT people there are in the country, much less in medicine.

“Being LGBT should be a non-issue in medicine and that includes both for patients and medical students. If you can improve the educational environment by embracing diversity, broadly defined, it will lead to better care for patients, which is the end goal of all of this.”

Tracie White, the author of this piece, is a science writer for the Stanford University School of Medicine Office of Communication & Public Affairs.