Trending
You are at:Home»Politics»Legal News»Justice for Georgia Transgender inmate in Justice Department Ruling

Penal systems in other states should take notice 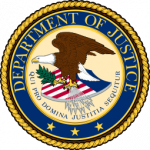 Washington, DC – The U.S. Justice Department has said that Georgia prison must treat a gender identity inmate as they treat any other with a medical condition.

Now Georgia prison offices have made changes in their procedures in how they treat their inmates with gender identity dysphoria. These changes and policy took effect Tuesday April 3rd.

In the Justice Department brief filed in February, 2015 by the Southern Poverty Law Center for an inmate in the Georgia Department of corrections care. Ashley Diamond 36, identifies as a transgender women. Since a child she identified as female. She has taken hormone therapy since the age of 17 and have developed full breast and female appearance. Ashley Diamond has made claims via a lawsuit that prison officials have failed in providing treatment for her gender dysphoria.

Gender dysphoria is a medical condition that causes someone to experience extreme distress and disconnect from ones birth sex. It is also someone’s true gender identity. There brain sex does not match what might be visible and by what is used by the doctors to assign birth sex.

What is new now in the Georgia Department of Corrections changes to there policy to read: “inmates with a possible gender dysphoria diagnosis will be evaluated by qualified medical and mental health professionals, and that will include an assessment of the inmate’s treatment and experiences before entering prison”.

“If an inmate is diagnosed with gender dysphoria, a treatment plan will be developed to address the patient’s physical and mental health. The plan will take into account prior treatment but will also be reviewed and updated as necessary.”