Trending
You are at:Home»Politics»Legal News»South Carolina Male-to-Female Transsexual Teen to be allowed to express Gender Identity in Drivers License Photo after Lawsuit

SC DMV Agrees to Allow Chase Culpepper to Retake Her License Photo Wearing Makeup, Apologize, and Change Policy to Ensure that Transgender and Gender Nonconforming People Will Be Treated Fairly and Respectfully

New York, NY – The Transgender Legal Defense & Education Fund is thrilled to announce a settlement in a historic federal lawsuit against the South Carolina Department of Motor Vehicles on behalf of Chase Culpepper. The settlement was featured in today’s Los Angeles Times. 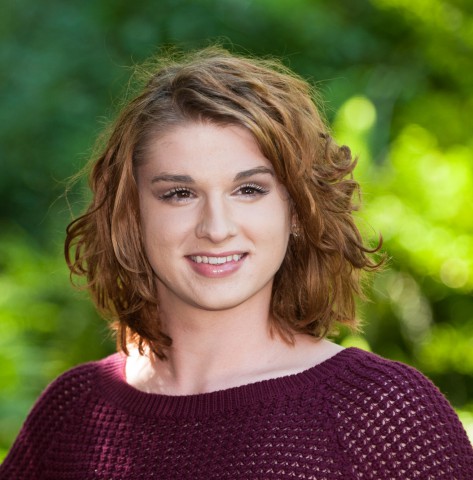 Chase is a transgender girl who was targeted for discrimination in March 2014 when she attempted to get her first driver’s license.

She was told by DMV employees that she could not take her photo unless she removed the makeup that she wears on a regular basis, as a result of a DMV policy that barred applicants from dressing in a way that might disguise their appearance. They told her that she needed to “look male” in her license photo and refused to give her driver’s license to her, if she did not remove the makeup she was wearing.

In September 2014, Transgender Legal Defense & Education Fund filed a federal lawsuit on Chase’s behalf. The suit asked the court to rule that denying Chase the freedom to wear her everyday makeup in her license photo constituted sex discrimination and violated her right to free speech and expression under the United States Constitution.

It also sought a ruling under the U.S. and South Carolina Constitutions that the DMV’s former photo policy was unconstitutionally vague, too broad, and allowed DMV employees to arbitrarily decide how a driver’s license applicant should look, including based on unconstitutional gender stereotypes.

Under the terms of the settlement announced today, the South Carolina DMV will:

The revised  policy takes effect in May, and specifies that a person is not misrepresenting their identity simply because the applicant’s makeup,  clothing,  or accessories  do not match traditional  gender role expectations.

“This settlement agreement sends a strong message about equal rights,” said Transgender Legal Defense & Education Fund Staff Attorney Ethan Rice. “Transgender and gender nonconforming people are entitled to be themselves without interference from the DMV. It is not the role of the DMV or its employees to decide how men and women should look. People should be able to get a driver’s license without being subjected to sex discrimination. The policy changes and training that the DMV will implement in response to Chase’s lawsuit will help all transgender and gender nonconforming South Carolina residents in the future.”

Chase and her mother Teresa also voiced their enthusiasm about the resolution of her case:

“I am thrilled with the outcome of my lawsuit,” said Chase Culpepper. “My clothing and makeup reflect who I am. From day one, all I wanted was to get a driver’s license that looks like me. Now I will be able to do that. It was hurtful to be singled out for being transgender and made to feel that somehow I wasn’t good enough.”  She continued  With this settlement, the DMV can no longer force transgender people to look like someone they’re not. I’m so glad that I stood up for what’s right and helped make positive change for transgender and gender nonconforming people.”

“I am very proud of Chase for having the courage to stand up to the discrimination she faced at the DMV,” said Chase’s mother Teresa Culpepper. “I love Chase just the way she is. Her victory will make the DMV experience much better for transgender and gender nonconforming people in the future.”

Michael Silverman the Executive Director of the transgender legal Defense and education fund said that he hopes that the settlement would lead other  agencies  with similar policies to change them. He held up the US State Department’s  passport  photo guidelines as a example of what he considers an acceptable policy.

It states  that passport photos  of applicants should mirror their everyday appearance, and makes the process of getting a new passport issued in the event of a gender transition much easier.

Beginning June 10, when a passport applicant presents a certification from an attending medical physician that the applicant has undergone appropriate clinical treatment for gender transition, the passport will reflect the new gender. The guidelines include detailed information about what information the certification must include. It is also possible to obtain a limited-validity passport if the physician’s statement shows the applicant is in the process of gender transition. No additional medical records are required. Sexual reassignment surgery is no longer a prerequisite for passport issuance. A Consular Report of Birth Abroad can also be amended with the new gender.

As with all passport applicants, passport issuing officers at embassies and consulates abroad and domestic passport agencies and centers will only ask appropriate questions to obtain information necessary to determine citizenship and identity.

The new policy and procedures are based on standards and recommendations of the World Professional Association for Transgender Health (WPATH), recognized by the American Medical Association as the authority in this field.

“Departments of motor vehicles and other government agencies cannot restrict the freedom of transgender people to look like their true selves,” Silverman was quoted as saying in The Los Angeles Times in a piece written by James Queally.

Peter Guirguis and David Schwartz of Norton Rose Fulbright US LLP and Marshall Winn and Wallace K. Lightsey of Wyche, P.A. served as pro bono co-counsel with TLDEF. We are grateful for their assistance.

The suit, Culpepper v. Shwedo, et al., Case No. 3:14-cv-03504-CMC, was filed in the United States District Court for the District of South Carolina, Columbia Division.