Trending
You are at:Home»News»Business»12 Things Every Investor Should Know (Part 2)

This is the second article in this three part series. Before starting, you should read the first article in the series.

Investment advisors value their own time. They will not necessarily make the effort needed to explain all the details of what they’re doing.

Insist upon it. Make your advisor explain every single thing you’re doing, how it works, why it works, and why it’s thought to be the best thing for you. If your advisor repeatedly balks at educating you about how your money is invested, ask yourself whether another advisor might be better.

I’ve heard people say that investing is similar to betting.

The difference is that a bet is a zero-sum activity, meaning that every penny someone gains, someone else loses. If you and I wagered $50 on a football match, for example, and your team won, I’d lose exactly as much as you win.

There are, however, transactions that are win-win, meaning both parties come out ahead. If I knit a scarf and sell it to you for $50, you get a scarf that is worth to you more than your $50 (or you wouldn’t buy it). Knitting it cost me resources worth less to me than $50 (or I wouldn’t have knit it). So both parties come out ahead. We call that a win-win interaction.

That’s the reason why investors make money. Some may lose, of course, and others win big, but in general, investors who invest in win-win activities will come out ahead. That’s not true of bettors, who will generally break even or lose over time. 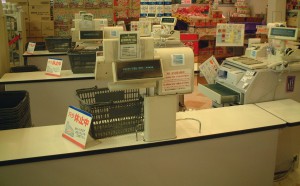 Examples of zero sum investments to stay away from include collectables like coins or art, derivatives, where you make a bet that a given investment will go up or down in value, and precious metals, like gold. I also suggest staying away from investments that offer to insulate you from loss (for example, limit your losses to a certain percentage) because you are paying someone to assume your risk.

Rule of thumb: If you can’t figure out how an investment is adding value, don’t buy it.

It’s been said that compounding is the most powerful force in the universe. Basically it means that when you reinvest money you earn from investments, you not only get returns on the money you originally invested, but the new money as well. The effect of this is that your money grows exponentially. The results of compounding over your lifetime can be quite dramatic, which is why people are encouraged to put away some money while they can if they’re still young.

The flipside of compounding investment returns is that if you borrow money and cannot pay it back quickly, not only do you pay interest on what you originally borrowed, but you pay interest on the interest. For some loans you can end up paying back many times the amount of money you borrowed. This is especially true of credit card debt, which is unsecured, meaning that you aren’t offering anything of value the lender can sell if you default. Unsecured debt tends to carry higher interest charges, meaning your debt compounds even faster.

In the investing world there is really no such thing as a sure thing. There is always the possibility that some of the money you invest will be lost. Because of this, some are tempted to avoid investing entirely, while others choose the investments with the highest possible returns, figuring that if they are going to risk money, they might as well get as much as they can. 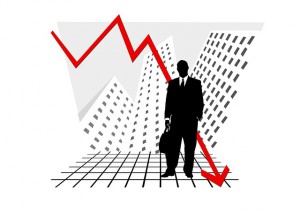 Both of those stances have problems.

As was said earlier, avoiding investment altogether causes inflation to erode the value of your money, while choosing the highest return might cause you to miss a chance at an only slightly lower return at much lower risk.

For most people, the best portfolio contains a mix of riskier and less risky investments. The appropriate mix for you depends on your tolerance for loss and when you will need the money you have invested.

Be sure to read the final article in this three part series.