Trending
You are at:Home»Opinion»Columnists»How Did “Christian” Come to Mean “Intolerant”? 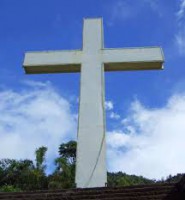 On NPR’s Morning Edition show, I listened to an interview with a North Dakota business owner, who was asked why he opposed same-sex marriage. He began his explanation, “I am a Christian,” which provided the foundation for his objections.

He said it quite matter-of-factly, as if no one should be surprised that Christianity, a religion that holds charity above all other values, would be used to justify intolerance. Charity runs as a theme through its texts and teaching. Jesus was a the embodiment of charity, someone who could find worth and dignity in the lepers, prostitutes and paupers of his day.

When I ask Christians what their religion means, they’ll say it means helping those in need, giving voice to the voiceless, lifting up those whose fortunes have dropped.

Indeed, as a student I found myself preferring the central tenet of Christianity, “love thy neighbor” to the conflicting and sometimes bellicose messages of Judaism, my home culture. Christianity is founded on compassion, one of the earliest major religions to be so. 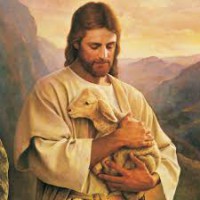 How then did “Christian” come to mean “intolerant”?

How did it come to pass that so many Christians (though by no means all, or even most) demand laws guaranteeing them the right to exclude those with certain sexual orientations or gender identities? How did “I am a Christian” become a reasonable explanation for disapproval of the marginalized; specifically those whose gender identities and sexual orientations drive them to live differently? And how did it come to pass that churches have become a prime source of misinformation about what it means to be LGBT and a justification for parents to refuse allowing LGBT children to be themselves?

I’m not sure many Christians themselves know the answer. Ask most Christians how Jesus would treat a group of people who were misunderstood, victimized, and discriminated against. They would not imagine him marginalizing them further.

My answer, and I am not a Christian so I don’t know for sure, is that a few religious leaders use fear of LGBT people, and perhaps parental fears of their own children being queer, to solidify their following. Those who follow them ignore the central tenets of their own religion. They allow their fears and a reluctance to question the word of their leaders to keep them from the truth.

Many say only those elements of Christianity can heal themselves. They say outsiders have no business questioning another’s faith (even when it breeds prejudice, discrimination, and mistreatment). They say that respect for Christianity dictates silence from those who support LGBT people claiming their identities.

I do not agree.

I believe exactly the opposite. Those who respect Christianity and admire its traditions of compassion and charity, owe an effort to restore them. We’re obligated to raise the consciousness of Christians whose religious practice blinds them to the damage their intolerance has wrought.

That doesn’t disrespect the Christian religion. On the contrary, it accords them deference. We give adults the truth. We withhold candor from children and those too unbalanced to handle it. Truth is a sign of respect. You’re silent when someone lacks the intelligence or emotional stability to receive your message. Which action, truth or silence, shows we hold Christianity in high regard?

True, dialog might fall on deaf ears. But the Christian religion has a proud tradition of religious thought and reasoning, and I’m willing to give it the benefit of the doubt.

I’d welcome suggestions on ways to engage those elements of the Christian community in conversation. Any ideas?