Trending
You are at:Home»Opinion»Creating the world that you want to live in 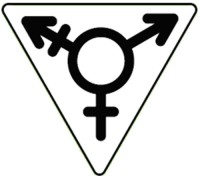 I know that many people don’t want to become activists, I fully understand that some people don’t want to poke their head over the parapets for fear of someone taking potshots. Regardless of that I ask you to read this to the end before you write this off as a bad idea.

In this modern age we can often be fooled into thinking that one person can’t make a difference, but this simply isn’t true. Take a look at this very website,  it was started because of Susan, and has saved many people.  I am one of those who would not be walking on the face of this planet today, if not for Susan’s vision.

Due to my time at Susan’s Place Transgender Resources, I have been inspired to start a LGBT group for those who’ve been made homeless, often due to the simple fact that they came out.

This has led to me being invited to my home town’s annual LGBT meetings, and given me a chance to raise the point that this city is lacking in trans support. The LGBT section of my local council have now spent many months investigating this shortfall, and they may rectify this oversight in the near future.

Other members on this site have helped to help shape LGBT policy in their respective countries, while others have given trans awareness talks to all manner of groups. Some brave individuals have even appeared on television in order to show the world that trans people are just like them; and we are trying to make this world a better place for all.

Much of this would not have happened if it wasn’t for Susan: she saw a need and filled the void; and the ripples of this act of kindness are spreading through the world, touching others and encouraging them to do their part.

What I’ve written here requires getting out and being seen, something not every person is comfortable with. Those of you who are not ready to stand in front of people with the cameras rolling will probably be asking, “How can I make a difference?”

In this modern age everyone has the ability to reach out to the world, and spread our message through the power of the internet. Just browse the comments sections on any news report about trans people, and you will soon see that those who would discriminate against us aren’t afraid to speak out. Should you see these attempts to portray our community in a negative light then have the courage to speak out.

If trawling through the comments sections isn’t your thing, then think about writing a letter to your local paper when a trans related topic was reported on. You could also try contacting your local governmental representative bringing trans issues to their attention.

If none of those options appeal to you, then simply strive to be the best person that you can be, an example to others. Showing them that we are not trying to unravel the moral fabric of society, we’re just everyday people trying our best to live our lives, just like the rest of the human race.

I'm a middle aged MTF transperson, all I want from life is to be left in peace and be allowed to be one of the herd, until society allows that for myself and all trans people I'll stand up to fight for our rights to exist as equals.