Your support makes all of this possible. Please donate or subscribe. We have raised $917.27 so far this month, leaving us $1619.09 below our goal for the month of November! :(

It started out such a nice evening.

Crystal and I were deep into wedding planning. I was telling her about how the flowers need to be placed, with one huge arrangement on each side of the altar, each exploding with color. My husband Joe was talking with Crystal’s fiance Herbert about some recent baseball game. 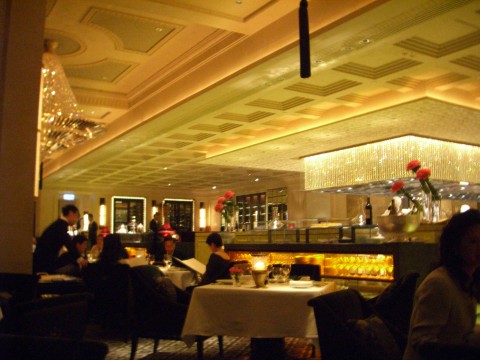 We were holding the empty seat at our table for five at Le Champignon for Herbert’s mother Joyce.

Crystal was saying she wanted smaller arrangements, set further back. She wasn’t at the Bresnahan’s wedding last May, or she would have known that that wouldn’t work. It looked like there weren’t even any flowers there. Crystal wanted only red — her wedding was red, you see — and I was trying to explain to her that you want a rainbow effect. Otherwise the red would wash out with all the stained glass in the church.

It took her a while to see what a problem her way would be. By the time she came round, Joe and Herbert had fallen silent, and Herbert was checking something on his phone.

Things were still OK at that point. Herb announced that his mother was close, and would meet us soon. This was exciting. Crystal is our only child. This would be the one meet-the-in-laws moment we’d ever have. Of course, there was only one in-law (Herbert doesn’t talk about his father), but still I wanted everything to be perfect. Joyce is a hot-shot attorney from Washington D.C. and had, no doubt, met all the best dressers. I wanted to look good.

I excused myself and headed to the ladies’, where I camped in front of the mirror freshening up. A little more blush, touching up on hair, once over the dress for loose threads or wrinkles, and reapplying lipstick. I paid no notice to the woman next to me. Undoubtedly fixing herself up the same way I was.

Instead, I was imagining how wonderful the wedding would be, a rainbow of sunlight streaming in through beautiful stained glass. Joe escorting Crystal to the altar, where Father Ahearn waits with Herbert, dapper in solid black and white tux with bright red carnation. Hundreds of friends, relatives, and Joe’s business associates holding their collective breaths at the dazzling dress, the floral splendor, and the solemn occasion.

The fond pat as Joe bids his daughter farewell before she makes her way to her rightful place at Herbert’s side.

I could practically hear Father Ahearn’s creaky but intense voice launching into the beginnings of the wedding vows, when something wrong caught the corner of my eye.

The hand of the woman next to me, far larger and more substantial than any woman’s hand. I stole a glance at her. She was tall, almost as tall as Joe, with broad shoulders and a strong jaw. She wasn’t a woman at all. She was a man.

Taken aback, I smeared my lipstick nearly all the way down to my chin. Too flustered to fix it, I rushed from the room. Luckily the Maitre D was at his station.

I told him, my voice so unsteady I could barely get words out. His expression was strange, like one trying to look like in control, but uncertain what to do.

After a long pause he spoke.

“Was he bothering you? Did he do anything?”

What a dumb question. He was a man in the ladies’ room. Of course he was bothering me. I politely told the Maitre D this.

“I will look into it,” he assured me. I thought maybe he’d offer a free cocktail to calm my nerves, but he left his station, walking toward the back. Maybe he wanted to fetch the police.

Still shaking, I returned to our table. I expected Joe to notice my agitation, or at least the lipstick on my chin, but he just smiled in my direction before turning back to Herbert to continue a discussion on the year’s selection of new smartphone models as Crystal listened, trying to look interested. I opened my mouth to recount the harrowing encounter, but Herbert stood up abruptly. “Mom,” he called, giving a few broad waves at someone behind me. I hastily rubbed my chin, hoping to rid the last vestiges of smeared lipstick before I stood and turned.

And found myself face to face with him.

The man from the ladies’ room.

He was putting his hand out to shake mine. Behind me, Herbert was introducing me to his “Mom” Joyce Bowers. Not knowing what else to do, I grabbed his hand, expecting one of those firm male handshakes, but instead I got a dainty feminine squeeze.

I think Herbert introduced me with something like, “Mom, this is Crystal’s mother, Lana McMurtry,” but I can’t say for sure. I was in shock, and didn’t start coming around until everyone else had sat back down, including Joyce in the empty seat we’d left.

“Mom, are you going to sit?” Crystal asked, and I realized they were staring at me. I hastily returned to my seat.

There were greetings exchanged, and questions about whether Joyce encountered traffic on her (his?) trip up from Washington, problems with parking, and other mundane details of her arrival. I couldn’t absorb any of it, too busy trying not to stare at Herbert’s so-called Mom. We all ordered food, and I tried to take part in the conversation, but the distraction proved too much. When I could stand it no longer, I asked Crystal to speak privately.

We made for the ladies’ room, coming to rest on the upholstered bench right outside.

I got right to the point.

“She’s not going to be at the wedding, is she?”

“Of course she’s going to be there. She’s Herbert’s mom. She wouldn’t miss it.”

“That woman did NOT give birth to Herbert.”

“Of course not. Aunt Sharon never gave birth to Layla and Fiona,” she answered, naming my two nieces, whom my sister adopted from an orphanage somewhere in South America. “She’s still their mother.”

I shook my head. “She can’t be there. What will everyone think?”

“They’ll think what you expect them to think – that Joyce is transgender. Then they’ll sit back and enjoy my wedding.”

“But Father Ahearn? Do you think he’s going to stand by and let her be there? I’d think he’d refuse to perform the ceremony. What would we do then?”

Crystal stared back at me, with a strange expression on her face.

“All the flowers,” I went on. “The dresses, the food. If people see … her … it’ll be like all the other stuff isn’t there. They’ll be shocked.”

Crystal stood up. “I really don’t care what they think. She’s going to be there. Of course she is.”

I stood up too. “Think of your father. All the money he’s spending. Do you really want it ruined?”

“It’s your day, dear. Don’t you want it to be perfect? Don’t you want people to be talking about how beautiful you are and not how the groom’s mom is a dad?”

With this last plea, I managed to get through to her. I saw her face change. Finally a look of understanding.

“Let me talk to Herbert,” she said.

I thought she meant at some later date, but on our return to the table, she immediately lead him away. I had no choice but to sit back down.

Feeling better, I picked up the thread of conversation. Joyce was explaining to Joe the circumstances of her divorce.

“Herbert’s mother was very angry. Understandable, I suppose, but she said some really nasty things in Herbert’s presence. Herbert told her that he loved and accepted me, and that he wouldn’t hear anything negative about me. Well, it went on and on, every time they were together, her putting me down and Herbert telling her he didn’t want to hear it. Finally he laid down the law. He would only spend time with her if she stopped bad-mouthing me.”

Joe was nodding. I can’t imagine he was interested, but he’s used to wining and dining clients. He never lets them know they’re boring him silly.

“It wasn’t enough,” Joyce continued. “She kept doing it, and Herbert made good on his promise. It was the hardest thing he ever did, but he couldn’t stand bad things said about me. We’ve always been close. Well it’s been six years since he’s had any contact with her. He’s taken to calling me his ‘mom’ and that’s how it stands now.”

Joe nodded again. Only I knew how uninterested he was in the whole story.

Joyce opened her mouth again, no doubt to elaborate on the sordid saga, but she was interrupted by the return of Crystal and Herbert.

“We have an announcement,” Crystal said solemnly.

Herbert nodded, to show that he supported what Crystal was about to say. I was relieved that were going to let Joyce down quickly and not let it drag out.

“Everyone here is invited,” she continued, “to our wedding in Tahiti. We wanted a destination wedding from the start, but we decided to get married in the church for you and Dad.” She said this part facing me directly. “But upon hearing that you were unhappy with the church wedding as it would happen, we decided to go with our original plan. We hope you will all be there.” 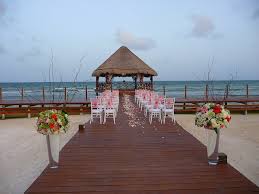