Trending
You are at:Home»Politics»Legal News»Statement by Secretary of Defense Ash Carter on DOD Transgender Policy

Your support makes all of this possible. Please donate or subscribe. We have raised $86.74 so far this month, leaving us $2417.67 below our goal for the month of March! :(

Washington, DC – Over the last fourteen years of conflict, the Department of Defense has proven itself to be a learning organization. This is true in war, where we have adapted to counterinsurgency, unmanned systems, and new battlefield requirements such as MRAPs.

It is also true with respect to institutional activities, where we have learned from how we repealed “Don’t Ask, Don’t Tell,” from our efforts to eliminate sexual assault in the military, and from our work to open up ground combat positions to women. Throughout this time, transgender men and women in uniform have been there with us, even as they often had to serve in silence alongside their fellow comrades in arms. 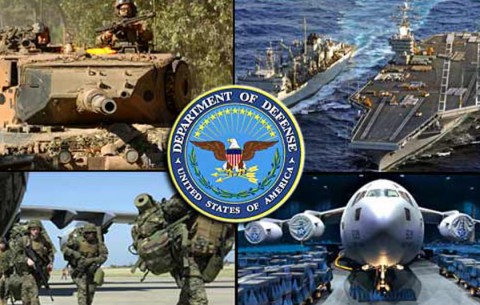 The Defense Department’s current regulations regarding transgender service members are outdated and are causing uncertainty that distracts commanders from our core missions. At a time when our troops have learned from experience that the most important qualification for service members should be whether they’re able and willing to do their job, our officers and enlisted personnel are faced with certain rules that tell them the opposite.

Moreover, we have transgender soldiers, sailors, airmen, and Marines – real, patriotic Americans – who I know are being hurt by an outdated, confusing, inconsistent approach that’s contrary to our value of service and individual merit.

Today, I am issuing two directives to deal with this matter. First, DoD will create a working group to study over the next six months the policy and readiness implications of welcoming transgender persons to serve openly. Led by (Acting) Under Secretary of Defense for Personnel and Readiness Brad Carson, and composed of military and civilian personnel representing all the military services and the Joint Staff, this working group will report to Deputy Secretary of Defense Bob Work.

At my direction, the working group will start with the presumption that transgender persons can serve openly without adverse impact on military effectiveness and readiness, unless and except where objective, practical impediments are identified. Second, I am directing that decision authority in all administrative discharges for those diagnosed with gender dysphoria or who identify themselves as transgender be elevated to Under Secretary Carson, who will make determinations on all potential separations.

As I’ve said before, we must ensure that everyone who’s able and willing to serve has the full and equal opportunity to do so, and we must treat all our people with the dignity and respect they deserve. Going forward, the Department of Defense must and will continue to improve how we do both. Our military’s future strength depends on it.