Trending
You are at:Home»Politics»Legal News»Anti-LGBT So-Called “First Amendment Defense Act” Would Have Dangerous and Far-Reaching Consequences

Your support makes all of this possible. Please donate or subscribe. We have raised $86.74 so far this month, leaving us $2417.67 below our goal for the month of March! :( 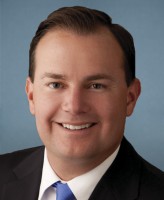 Being pushed by anti-LGBT extremists on the far right, intended and unintended consequences of the legislation range from blatant taxpayer-funded discrimination to frivolous lawsuits

“Once again, House Republicans are pursuing an extreme agenda that is designed to harm LGBT families under the guise of religious freedom. The right to believe is fundamental. The right to use taxpayer dollars to discriminate is not,” said HRC Legal Director Sarah Warbelow.  “Religious freedom is valued by all Americans, but this bill has nothing to do with the First Amendment.”

Once again, House Republicans are pursuing an extreme agenda that is designed to harm LGBT families under the guise of religious freedom. The right to believe is fundamental. The right to use taxpayer dollars to discriminate is not,” said HRC Legal Director Sarah Warbelow.  “Religious freedom is valued by all Americans, but this bill has nothing to do with the First Amendment. Sarah Warbelow

The stated purpose of the First Amendment Defense Act is to “prevent discriminatory treatment of any person on the basis of views held with respect to marriage.”  On its face, the bill would prohibit the federal government from making funding or tax status decisions based on an organization’s views on marriage that are driven by religious belief or moral conviction.  The right to free exercise of religion is fundamental, and the federal government must already respect the rights of religious institutions to practice their faith – including the choice not to perform marriages that are not supported by their faith. However, the First Amendment Defense Act goes far beyond protecting these rights and threatens to create a breakdown of government services, opening the door to discrimination against same-sex couples, their families, and those who love them.

Here are the facts:

This Act would allow organizations and businesses contracting with the federal government to circumvent critical federal protections designed to protect same-sex couples and their families from harmful discrimination.  It would also enable federal employees to refuse to fully perform their duties if they believe they conflict with their objection to same-sex marriage.  For example, an employee at the Department of Veterans Affairs could refuse to process a claim for survivor benefits for the same-sex spouse of a servicemember.

Following the U.S. Supreme Court decisions in U.S. v. Windsor and Obergefell v. Hodges, same-sex married couples are entitled to all federal spousal benefits regardless of where they live. Under this Act, however, individual businesses could run roughshod over the civil rights of these couples and deny them the spousal benefits they have earned and deserve.  Employers could refuse to approve an individual’s request for FMLA leave to care for a sick same-sex spouse, or file an employee’s spousal benefits as married in an ERISA plan based on their religious objection to same-sex marriage.

This Act would also compromise the impact of current non-discrimination protections for LGBT people and their family.  For example, Executive Order 11,246 prohibits discrimination on the basis of sexual orientation and gender identity by federal contractors.  However, under this Act, the federal government would be required to continue to contract with a business with a record of discriminatory employment practices against married gays and lesbians if that employer cited their belief that same-sex marriage was wrong as a the reason for the discrimination.  Other federal lifeline protections could be compromised by this Act.  Currently, hospitals receiving Medicare and Medicaid must allow a patient to have any visitor they request—including a same-sex spouse.  Under this Act, a hospital could state that allowing such visits would sanction same-sex marriage and would be a violation of their religious liberty.  The Department of Housing and Urban Development (HUD) has also recently issued guidance that shelters receiving HUD grants must not discriminate against same-sex married couples.  An organization could cite this Act and provide their religious conviction against same-sex marriage as a reason to put a same-sex couple back on the street.

The U.S. Constitution provides strong protections for individuals and organizations to exercise religion and to freely speak about beliefs.  Nothing in federal law, including the right to receive exempt tax status, a federal grant or contract, or other federal benefit, can be denied on the basis of a sincerely held religious belief.  However, the federal government has an equally strong obligation and interest in eradicating harmful discrimination.  Acts that discriminate against a third party – an employee, a hospital patient, a homeless family – have no business being funded by the federal government.

The Human Rights Campaign is America’s largest civil rights organization working to achieve lesbian, gay, bisexual and transgender equality. HRC envisions a world where LGBT people are embraced as full members of society at home, at work and in every community.