Trending
You are at:Home»Opinion»Trans-Exclusionary Radical Feminism: What Exactly Is It, And Why Does It Hurt?

Your support makes all of this possible. Please donate or subscribe. We have raised $120.00 so far this month, leaving us $2385.07 below our goal for the month of July! :( 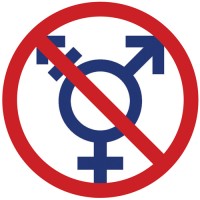 Trans-Exclusionary Radical Feminism, or TERF, is a loosely-organized collective with a message of hate and exclusion against transgender women in particular, and transgender people as a whole. They have attached themselves to radical feminism as a means to attempt to deny trans women basic access to health care, women’s groups, restroom facilities, and anywhere that may be considered women’s space.

Long time feminist and advocate, Gloria Steinem, used to hold an exclusionary opinion, but has since said that she fully supports the inclusion of trans women in the feminist movement, However, not all radical feminists agree. Janice Raymond, author of The Transsexual Empire: The Making of the She-Male authored a paper in the early 1980s that the Health and Human Services branch of the U.S. Government used to deny trans men and women trans-related medical care, for example.

Since then, they have continued to use anti-transgender rhetoric, using the banner of feminism in the same way that Westboro Baptist Church uses Christianity. They consistently use rhetoric suggesting that trans women are would-be rapists, that we are “men invading women’s spaces” — (Cathy Brennan, head of Gender Identity Watch) and are “forcing penises on lesbians” — (Justin Norwood, Gender Identity Watch), intimating that “penis” is a threat, with the assumption that trans women are nothing more than whatever genitals they may have been born with. The statistics, however, consistently show disproportional sexual aggression against transgender women, and to a lesser degree transgender men, when compared with the cisgender (simply a term meaning those who’s gender identity matches their assigned sex at birth) population.

When speaking out against the TERF movement, one is at risk of being “outed” on social media. In one instance, the group Gender Identity Watch worked with the right-wing anti-gay group, Pacific Justice Institute, to help prevent a Colorado teen from being able to use the women’s restroom. The leader, Cathy Brennan, outed the teen, who was already being bullied, and she was subsequently put on suicide watch. Their actions often incite others to denigrate or discriminate a minority — which is the definition of a hate group.

When speaking out against the TERF movement, one is at risk of being “outed” on social media. In one instance, the group Gender Identity Watch worked with the right-wing anti-gay group, Pacific Justice Institute, to help prevent a Colorado teen from being able to use the women’s restroom. The leader, Cathy Brennan, outed the teen, who was already being bullied, and she was subsequently put on suicide watch. Their actions often incite others to denigrate or discriminate a minority — which is the definition of a hate group.

The verbiage often used by the TERF groups are problematic for the transgender community. Not because of the way in which they deliberately seek to dehumanize and denigrate trans women, but because of the reliance of tropes that medical science have for many years proven wrong, that feed into misunderstandings people may have regarding what being transgender truly means. In their words. a transgender woman is a nothing but a “self loathing gay man” and they claim that trans women are gay men who, rather than stand up and come out as gay, would rather “hide” by being transgender, as if it makes things more palatable for friends, family and co-workers. The reverse is unfortunately the truth.

We are often portrayed as fetishists by hate groups such as Gender Identity Watch — the “Man in a Dress” trope is widely applied to us, and that transgender men are still women. TERFs hold the belief that if someone is born with a penis, they are male for life, and a vagina, female for life. The quandary to those who believe the misinformation spread by the TERF movement is that if someone was born with a functional vagina and clitoromegaly, for example, and the doctors decided to assign the baby as a male because they believed that the child would have a better normalization experience (the term that the medical profession use for butchering infants genitals that don’t match Cathy Brennan’s narrow definitions) — then is that child a male, or a female? Nature has many variations of physical gender that occur naturally, in fauna and flora. Quite simply then, logic dictates that Cathy Brennan’s definition of gender does not stand up to basic real-world scrutiny.

As a transgender woman, I can assure the readers that I have not met one trans person who would deliberately choose to stand out among their peers to be singled out for abuse, assault, for rape, or to be murdered in the horrific way that transgender women are being killed around the world. In the U.S., when a cisgender woman is murdered, the violence against the murdered woman is eclipsed by the way that trans women are more often than not mutilated, dismembered, or set on fire in an orgy of hate. Being transgender is not a choice, it is a scientific medical reality. It would be far easier for someone who is gay than transgender. Simply put, gay people generally look the same as everyone else. This does not mean that our brothers and sisters within the LGBT do not have their own struggles, many of which are part of the shared experience within the LGBT. However while we have many commonalities and shared goals, there are significant differences, such as access to healthcare and a significantly higher murder rate.

Another tactic of the TERF movement is using the widely discredited trope that being transgender is a mental health issue. It’s true that because of societies reaction towards transgender people, particularly trans women and trans women of color, many trans people suffer from depression and bodily dysphoria. However, this is not the cause of someone being transgender, but the symptom of abuse that those such as the TERF groups like to perpetrate against them daily. No one is mentally ill for being transgender — medical science has already proven this, and transgender is no longer listed in the DSM-V as a result, but this does not stop the TERFs from claiming that something must be “wrong” with a transgender person for “mutilating” themselves through surgery, according to Cathy Brennan.

Whenever a trans individual such as myself is critical of TERF ideology, we are labelled “misogynists” or “Men’s Rights Activists”, which is an interesting tactic and one that seems to actually make people question the TERF ethos more than swing the undecided towards their viewpoint. Merely by taking a stand against them, I and others like myself have been subjected to threats against our personal safety, been bombarded with spam, pornography, and signed up to various mailing lists in an attempt to silence our voices. Yet many transgender individuals are brave enough to continue pointing out where TERFs are wrong, in the hope that, at least for the transgender community, we can be treated as the men and women we truly are.

Editor’s Note: This piece was originally written by Kelsie Brynn Jones on 08-02-14 for the Huffington Post and is republished here with her gracious permission.

Link to the original article