Trending
You are at:Home»Opinion»Columnists»RLE is a Civil Rights Issue 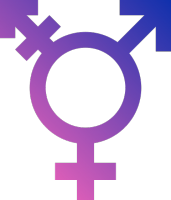 For those unfamiliar, the word refers to the viewpoint that being cisgender is “normal” and that being transgender is special, unusual, or out of the mainstream. Any policy that makes it hard for transgender people to have their identities respected (on official documentation, for example), while cisgender people don’t have similar difficulties, is cisnormative.

Among transgender circles, cisnormative has a deservedly negative connotation. As long as attitudes and assumptions are cisnormative, our world will not be friendly to trans people.

Gate keeping is cisnormative. A healthcare provider requires some condition we need to satisfy to be ourselves and to be whole, while cisgender people have no such requirement.

When cisnormativity impacts treatment of transgender people, it becomes a civil rights issue. We have a right to be ourselves. Some countries are enshrining this into law, but even elsewhere, compassionate, humane people recognize that those in authority have no right to force women to live as men or men to live as women. That goes for cis and trans alike.

If a doctor forced a cisgender woman whose body did not produce a healthy level of female hormones to prove she was really a woman before prescribing supplements, outrage would result. No such requirement should be placed on transgender women simply because there are fewer of us. Transgender people have the same right to our identities and to healthy bodies. Anything else is cisnormative.

Which brings me to RLE, or Real Life Experience, the year we must spend demonstrating our worthiness for Sex Reassignment Surgery. Many transgender people appropriately call it the “real life test”, because it feels like one. A cisgender women has a right to female genitals, having been born with them. A cisgender man has a right to a male chest, having been born with one. No one demands that cisgender men prove their gender or submit to breast augmentation, or that cisgender women forcibly be given a phalloplasty unless they prove they are women.

We deserve the same rights.

It is a violation of our rights to demand we prove our gender, by a real life test or any other way, before we are permitted to make our bodies whole. However, I will give the medical community latitude if RLE is saving or improving transgender lives.

It is a violation of our rights to demand we prove our gender, by a real life test or any other way, before we are permitted to make our bodies whole. However, I will give the medical community latitude if RLE is saving or improving transgender lives.

At least, no one seems able to prove it. I recently embarked upon a quest for research scientifically validating RLE. I came across no data that indicate better outcomes by forcing transgender people to wait before our bodies are made whole. In fact, the data I came across indicated exactly the opposite. Every study seemed to show that the existence or duration of RLE had no effect at all on the outcome. According to a study posted by NIH, “Compliance with minimum eligibility requirements for SRS … was not associated with more favorable subjective outcomes.”

Granted there is little research, but no one with a scientifically discerning eye would declare it a verified fact that RLE before surgery saves or improves lives. In the vast bibliography accompanying the latest version of the WPATH Standards of Care, no study is cited as justification for RLE.

The best that can be said, the very best, is that it has the potential to improve lives. Someone, somewhere, sometime, may find out during their RLE that SRS is not for them, and will be saved from a dismal existence of surgical regret. If we stopped requiring RLE, the logic goes, we might harm that hypothetical person, that person whose existence science is unable to verify, but who nonetheless might be out there.

Another line of thought says RLE makes common sense. If someone waits a year, they’ll make a better decision. Under that logic, forcing a yearlong wait is a favor to us. Otherwise, in our inability to understand our own readiness to decide, we’re prone to undue haste..

I’m not sure why we wouldn’t know when we’re ready to decide, but I’ll accept that thinking for the moment. Based on that, one might conclude living for a year as our true gender does no harm and might help. Therefore RLE makes sense.

However, that logic assumes RLE is otherwise a neutral requirement. It isn’t. An abundance of problems and difficulties easily come easily to mind:

So, to recap, in order to get surgery to make us whole, we are forced to endure a yearlong wait. We’re not sure who came up this idea, and no one can prove it is useful. It violates our right to control over our own bodies, contributes to financial hardship, and seems predicated on the notion that transgender people are not competent to make decisions about our health. It is based on outdated understanding of gender dysphoria and confuses gender expression with body sex.

To me, the most baffling question is why the transgender community allows it to persist. If a policy required cisgender people to do something similar when seeking elective surgery (especially were it aimed exclusively at women or some oppressed minority that has found its voice), there would be an outcry. However Trans people meekly accept our fate as meted out by the collective wills of cisgender (and a few trans) health care providers.

When I was 13, I read a story by Shirley Jackson called “the Lottery” about a town that randomly killed one of its residents each year. No one there thought it was a good idea or knew why they originally started doing it, but no one dared stop. It had gone on so long, there must have been a good reason. It’s an absurd example, but a lesson on the way people continue as they always have even in the absence of any evidence of good.

It’s a lesson providers of transition-related care and transgender activists don’t seemed to have learned.