Trending
You are at:Home»Opinion»Columnists»Janette Tovar’s killer sentenced to 10 years probation

Your support makes all of this possible. Please donate or subscribe. We have raised $353.01 so far this month, leaving us $3663.88 below our goal for the month of June! :( 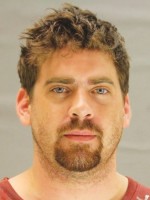 In October 2012 transwoman Janette Tovar, 43, of Dallas, Texas, was killed by her partner at the time, Jonathan Stuart Kenney, 29, also from Dallas, when the couple were fighting. Kenney slammed her head against concrete and she later died of blunt force trauma. Kenney was originally charged with murder but the charge was changed to aggravated assault.

In a statement to The Daily Beast, a spokesperson for the Dallas County district attorney’s office noted that “[d]eferred probation keeps the full range of punishment; including life in prison, available to the judge should Mr. Kenney violate his probation.”

Three days after Kenny’s arrest, the murder charges were reduced to aggravated assault. Less than a month after his arrest, his bond was reduced to $50,000 from $500,000 and he was released from custody in December 2012. He plead guilty to aggravated assault on the 15th of September 2015 in exchange for probation. If Kenney abides by his probation, will avoid a formal conviction on his record and won’t serve any time in prison.

Tovar and Kenney had been in a relationship for over than a year at the time of her death and had recently moved in together. According to the manager of their apartment, this was not the first time he physically abused her. The apartment managed recalled that the couple were always fighting, and on the day of Tovar’s death he told police that he heard her shout ‘Get off me’. At 4pm that day, seven hours after the manager reported he heard them fighting, Kenney rang 911 and reported that Tovar was not breathing.

Trans activists and close friends of Tovar have spoken up about Kenney’s sentencing. Prosecutors classified the assault as domestic violence and not a hate crime. One of the main points brought up during the plea bargain what that Tovar was also an aggressor in the fight. However, with 19 trans people being murdered since the start of 2015 and many trans activists claiming and speaking up on judicial injustice they face because of their trans identities, is this another example of injustice or was the case treated fairly, not letting the fact that Tovar was trans sway their decisions?

In a statement to The Daily Beast, a spokesperson for the Dallas County district attorney’s office noted that “[d]eferred probation keeps the full range of punishment; including life in prison, available to the judge should Mr. Kenney violate his probation.”

The spokesperson added, “We base plea decisions on the evidence available in any specific case and an overriding desire for justice for both victims and those charged with crimes. Our thoughts and prayers are with the Tovar family at this time.”