We didn’t have days like this in Hornville, Texas. The November Chicago wind is biting into my nose and cheeks and the cold has somehow pierced my thick mittens. There was warmth in Texas, and not just the climate. People there meant something to me. I haven’t felt that in all the decades since coming to Chicago. I wish I could have stayed, but it would have been too painful living there without Jimmy Chris, and I couldn’t stay with Jimmy Chris after what happened between us. The first time I could set foot back in Hornville was Jimmy Chris’ funeral a few years ago, when a heart attack took him in his mid 50s. By that time my life and career was here and everything had changed so much down there, it didn’t seem like home.

Growing up, I never paid much attention to Jimmy Chris . He was two grades ahead, so I felt the same longing every other schoolgirl had for the tall strong starting tight end, especially his senior year when he caught the winning touchdown against archrival Jacob’s Mark High. 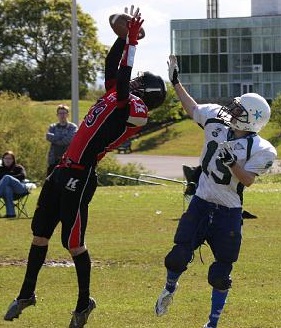 That changed the year after graduation. Jimmy Chris and my cousin Chuck were best friends, and there was a big hullabaloo when Chuck’s sister Olivia showed up at their parents’ place with her face all black and blue. I was over there when it happened, and I saw firsthand her black eye, large purple bruise on her cheek, and angry red scrape on her forehead where her boyfriend had driven it into a stone wall. She had gone straight to the sheriff’s deputies, but they wouldn’t do anything. Things were different in those days. Back then cops didn’t run in guys when they hit their girlfriends – they thought it none of their business. So Chuck and Jimmy Chris climbed into Jimmy Chris’ pickup and paid the guy a visit. Don’t know exactly what they did, but for the rest of his life, the guy walked with a bit of a limp, and he never ever bothered Olivia again. When Chuck and Jimmy Chris got back, I was all upset that Chuck might get into trouble. Jimmy Chris sat across from me and told me the deputies would never interfere with “Hornville justice” and I shouldn’t worry myself. He had a deep, soothing voice, and it was easy to believe everything was OK. I caught myself wishing the man with that voice could take care of me every single day.

He must have wished something too, because he asked me out to dinner, and in short order we were dating.

We married exactly a week after my 21st birthday, once the shop had begun to make money. Jimmy Chris and Chuck were selling parts for cars, trucks, and tractors. As years went by, it became quite successful, and we moved into a nice house. Life was pretty great, though God had not blessed us with a child. At least the trying was fun.

Could I have foreseen what would happen? This question still bothers me on this bitter Chicago morning as I sort through my keys to open the cafe.

When we stood there taking vows all those decades ago, could I have guessed that something seemingly trivial would seep into our marriage and force us apart like the drops of water that freeze into ice to crack mighty boulders? As I toss my coat behind the counter, and flick the lights on in the kitchen, I have no answer. In an hour our place will be mobbed, the daily breakfast crowd filling the tables of this business that started as an empty room with wires hanging from the ceiling. My life has been full and busy, but it will never fill the space I emptied by leaving Hornville.

When I saw little Brian Mapes running from the church one day after Sunday school like someone was chasing him, I thought nothing of it. 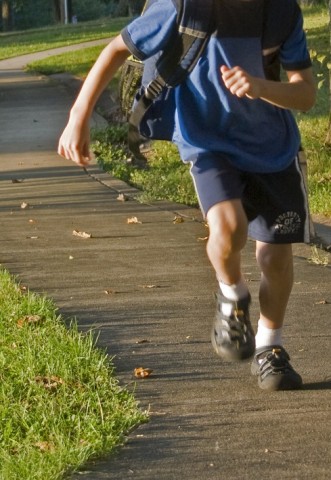 Especially when I saw him run up Todd Miller’s front steps. I knew they were best friends. Little did I know that it would shatter my 8-year marriage. The rumors began to circulate the following day. Brian had seen something in church. The something had to do with the Sunday school teacher Mrs. Kunkel. Brian had told Todd something, and Todd had told his father who had told a few other people, and there was all sorts of speculation. Brian had seen Mrs. Kunkel undressing. Mrs. Kunkel had been seen kissing someone. Mrs. Kunkel had paid Brian not to tell anyone about it. Mrs. Kunkel had been kissing the minister. The minister was going to resign and move to Oklahoma. It was all ridiculous, none of it remotely true, but in the absence of good information, tongues will wag. I knew Leonora Kunkel by sight. At the time, I was cooking at Violet’s restaurant on Main Street, and she came in once in awhile. I didn’t know much about her, other than that she managed the Christian bookstore three doors down and that she was polite and pleasant. I doubted that she was involved in any of what was attributed to her.

On Wednesday night, a meeting was called of some of the more active church members. I was working that night, but Jimmy Chris promised to go and tell me what it was all about. He didn’t come home until long after I’d gone to bed and was gone to his store when I awoke, so I didn’t find out the whole story until Thursday night. By that time, more news had spread. Leonora Kunkel had abruptly resigned her job over the phone, and had left town. No one could or would say why

As I wait for my business partner to arrive, I complete my morning ritual of standing at the front door and sweeping my eyes across the cafe dining room. What would a customer see today? Is anything out of place or that might make one feel unwelcome? The walls are papered with photos of dusty Texas farmland, cattle markets, and prairie. 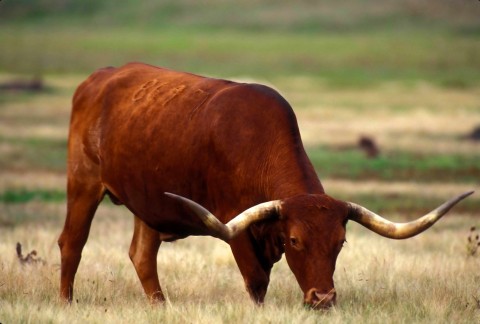 I couldn’t bring myself to call it the Hornville Cafe. Memories were too raw. But at the West Texas Cafe, off a busy Chicago street, our guests escape the ordinary. As I do my inspection, I run that day through my mind, so many years ago, as I came home from work and asked my husband about the church meeting the previous night. The ensuing days and weeks run like a film reel in in my brain. I search in vain for anything I could have possibly done differently to make things turn out less disastrously.

The story Jimmy Chris told involved the faulty lock on the church bathroom. We all know to knock before we try the door, but apparently young Brian was in a hurry, or hadn’t bothered to knock.

What he saw when he walked in on Mrs. Kunkel, he thought was very funny. So funny, that he had to run and tell his friend Todd that Mrs. Kunkel stood up when she peed. Todd saw no reason not to tell his father, who took the situation far more seriously than the two boys.

A group of men went to Kunkel’s house demanding to know whether she was really a man. In my husband’s words, “it didn’t take much to convince him to leave town.”

I couldn’t let him stop at that. I demanded to know what happened. I wanted the full story and wouldn’t accept his assurances that the sheriff’s deputies would respect Hornville justice and not hassle him. I made him tell me how he and the others dragged her out of the house, drove her onto the prairie. “We taught him a lesson with our fists not to bring his version of depravity and perdition into our God-fearing town.” I was horrified. I asked how he could do that.

“He was teaching them kids,” was Jimmy Chris’ answer. “Couldn’t put them kids in danger, could we?” 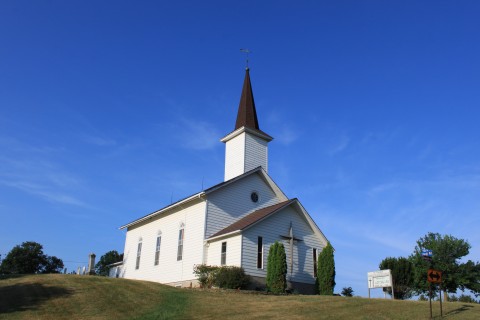 The next few days were ok, but the image of Jimmy Chris cold-bloodedly pounding a defenseless woman wouldn’t leave my mind. The impact of the fists on her flesh, and the fear and pain haunted me. Every sight of Jimmy Chris’ muscular arms and large knuckles reminded me. Sleep refused to come next to him. After a few nights, I got so tired I expired on the couch, which, before long, became our evening routine. Our active sex-life disappeared. Jimmy Chris was unhappy. “It’s not a right marriage, when you can’t come into our bed.” He was right, but I couldn’t make myself do it.

I hadn’t intended to leave Jimmy Chris. My trip to Chicago started out simply to see that Leonora Kunkel was OK. I’d heard she was living with family up there. However, even when I learned her injuries would heal — just a couple broken ribs, a broken toe, and lots of bruising — I stayed. The thought of returning to Hornville filled me with dread.

I still intended to go back  and reunite with Jimmy Chris when my feelings returned to normal, but months went by and that didn’t happen. I got a job, found a place to live and made a few friends, including my current business partner. I had shared that my lifelong dream was to open a cafe. She had money saved up and asked to go into business with me. I put down roots in Chicago where I live to this day. Jimmy Chris and I didn’t get a proper divorce. I never took up romantically with anyone else, and to my knowledge there wasn’t another woman in his life either, so all the paperwork and expense seemed unnecessary.

My business partner is walking into the cafe now, and I’m startled from my reminiscing. I turn toward her.

“How are you doing this morning?” I ask.