Your support makes all of this possible. Please donate or subscribe. We have raised $67.38 so far this month, leaving us $3936.35 below our goal for the month of December! :(

Tad and Gene looked at each other in shocked silence, the echo of the slammed front door still reverberating through the apartment. Daisy’s shrill voice was fresh in both their minds. “I’ve had it!” the normally unflappable wife and mother had screamed. “I can’t stand living like this. It’s been months. The silence is driving me crazy. Now you two find a way to talk to each other. I’m not coming back until you do.”

Gradually their faces both developed a look of uncertain dread. What to do now? Did they really have to do as Daisy said?

For tense seconds, neither spoke. Finally Gene, unable to stand the withering gaze of his father, felt pushed to break the silence. “I don’t know what I can say.”

“Well, I’m not the one who caused this all,” Tad growled at his son, then looked away scornfully.

“Punished you?” Tad’s tone was dismissive.

“You cut my allowance from $20.00 a week to $2.00. I’m not allowed to try out for Lacrosse unless I get a job to buy my equipment. How am I supposed to work and practice at the same time? You might as well say, ‘No Lacrosse for you.’” His voice became more aggressive now. “And you moved us. Four hundred miles. Four hundred miles, from my life, from my friends, from everyone I know. I don’t have my own room anymore. I have to share it with Mom’s sewing stuff.”

“Do you think I’m punishing you?”

Gene’s jaw dropped at Tad’s question. “What do YOU call it?”

“You didn’t tell us we were moving. Just, bang. In the middle of the school year, I’m yanked away. I have to start a whole new school, all new classes. Everyone else has been there for months.”

“Gene, you know how much we needed money. When I finally found a job, several states away, for a fraction of what I was earning before, they needed me to start immediately. I didn’t have a choice. You made sure of that.”

“Yeah. Well, what would you be? I lost my store. That’s all I’ve ever wanted to do. It was my dream to run a store like that. Do you know how many years I saved money to open it? How many years it just scraped by before enough customers kept it going. That’s all gone.”

“If you hadn’t … done what you did, the store would still be running fine. You destroyed it. On purpose.”

This stunned Gene. “Get over it,” he said angrily. He knew this would set Tad off.

“Get over it? Get over it? How can I get over it? You have no idea how it feels when people slowly stop coming to your business. At first I didn’t know what was happening. It didn’t go all at once. Slowly over a period of months. Fewer and fewer customers each week. I ignored it, took out more ad space. Didn’t help, of course, but I had no idea what was going on. I borrowed from the bank for a series of radio ads, figuring I’d pay them back after the holiday season. When I finally learned WHY people weren’t coming in, it was too late. 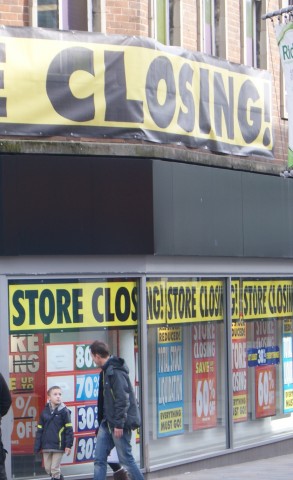 The money was gone. There was no holiday season. There was no money coming in. We were going to lose the house. We had to close. I had to find another job, or we’d be homeless. Tell, me Gene, how do I get over that?”

They lapsed into a moody, quivering silence, their body language speaking for them. Tad’s angry tenseness drew a contrast to Gene’s passive slouch. No one talked. The sounds of the apartment grew to fill the void, the hiss of the vents, the hum of the refrigerator.

Suddenly Tad understood the silence in a way he hadn’t before. Daisy had left, and if he didn’t find a way to heal the rift that sent her screaming out the door, that might become permanent. The lack of noise became threatening, a warning of the sound of life in the future if she chose to end the marriage over this. Would she do that? Tad had lost so much already. Losing her would be unendurable. He realized he must give her what she asked for. She deserved it. Love demanded he find a way forward.

His next words came out hard, but with a trace of warmth. “This tore apart my life. Gene, do you understand that?”

“Yes, I do,” said Gene after a moment of tense contemplation. “It was stupid, okay. I was fourteen. I let Lou talk me into doing something dumb. It was nearly a year ago. Do we have to keep talking about it?”

“It might help,” said Tad, “for me to know the whole story.

Gene opened his mouth, his face pained as if great force and strain were involved in pushing the words through his reluctant lips.

“OK, remember that end-of-year history project last spring? When Lou and I filmed that movie in our basement?”

“Well we did all our filming on Saturday. Lou had to go home. There was this party and we had to get ready. We were going to edit the next day. Put together the final movie. I don’t know why the camera was left on. The last scene we shot, I was talking and Lou was working the camera. Maybe he forgot to turn it off.

Anyway, when he came over the next day, it had been recording all night. Lou was trying to figure out where our movie left off, to erase the rest. Then we got to the place where you came down into the basement. I didn’t want to look, but Lou thought it was hilarious. He made us watch the whole thing. By the time it was over, I was angry.”

At this point, tears clouded Gene’s eyes. He began to admonish Tad. “Why? Why did you get dressed in those clothes?”

“Could you have asked me about it then, instead of…”

Gene was contrite now. “Yeah. I should’ve. But, like I said, I was angry. And I was fourteen and stupid. But, Dad, how could you do that? Where did you go?”

“It’s a group of us. We got together a one Saturday a month.”

“They all wore girl clothes?” 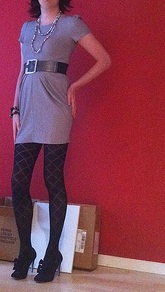 “Didn’t it embarrass you?”

“It did. At first. But it felt natural. It was the only time during the month I could really be myself. It’s who I am.”

“I don’t know. But there’s something in my mind, it needs me to be able to be dressed this way. Some of the people have transitioned – they’re women full time. I don’t know if that would be right for me. But if I couldn’t at least be myself occasionally, I think I’d go crazy.”

Gene was now at a loss for words. His face turned away, showing the achy process of feeling responsibility for his actions, of understanding how, as a direct result of a bad decision, someone had suffered.

“Finish your story,” Tad prompted him.

“I don’t think so. You didn’t tell me what happened next.”

He turned back slowly toward Tad, as if being dragged.

.“Look I’m really sorry about what I did. It wasn’t my idea. It was Lou’s. Yeah, I should have tried to stop him, but I was angry, and he thought it would be such great fun to post some of the video to YouTube. I didn’t think about what would happen when people saw it. It was really dumb.”

Tad’s response was rapid and sharp. “It was worse than dumb. Look what it did to me. To the store. To our family.”

Tad’s reply stung Gene. He opened his mouth for a sharp retort, but caught himself. He paused before speaking again, and his next words were slow and deliberate. “I know. But I was fourteen. It’s not fair that a 14-year-old has to be able to figure out the consequences of everything I do.” 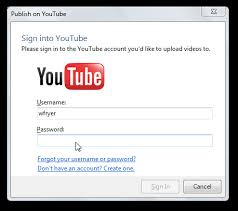