I shifted uneasily against the sleek seats as the chauffeur drove on in silence. I wasn’t sure which made me more uncomfortable, the awkwardness of having a stranger paid to drive me, or the prospect of seeing my old buddy after more than 20 years.

We had been talking about getting together for several months now, since the day he looked me up on Facebook. Not that I hadn’t followed his career. It was impossible not to. His name and picture were fixtures in financial periodicals, especially when they needed to profile someone whose career we all wish we could have. There was debate among the business writers why the venture capital firm he and his partner started had been so successful.

Some said it was due to his nose for extraordinary opportunities. Others argued it was because of the advice he and his team of consultants gave the companies he invested in. His frequent media appearances made it easy to track his rise in the business world and even a few of his personal comings and goings. He was now reportedly dating blockbuster movie star Ashley Wood, though you never know how accurate those sorts of stories are.

I could have been part of all that. Jeff and I met in business school, and then graduated to work for competing banks in Manhattan. After a few years of cutting our teeth in the financial world, he asked me to partner with him as he struck out on his own.

Under any other circumstances, I would have gone gladly. But I had just started my transition. I was feeling the growing pains of becoming accustomed to my female skin, and learning the differences between being a man in the business world and being a transgender woman. I knew I wouldn’t have the time or energy required. When he found out I was transitioning, he accepted my refusal. In those days, transgender women were still looked upon as deviants, and my presence would have hindered lining up investors.

So our lives followed different trajectories. His rose quickly. Early on, he backed a few tech companies that became overnight successes. When word got around, the billions rolled in. My path in life … well, let’s just say it was very different.

Since reconnecting, we’d tried to get together, but his schedule was brutal. Finally the stars aligned to give him a few hours with me.

“My daughter will be using the car that day,” I said, when he told me the date. “She’s got a party that night.” 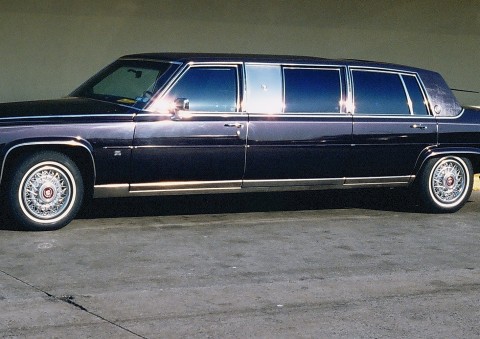 And send one he did, complete with chauffeur, a young man with a dark beard punctuated by stubbled cheeks, who now guided the car through gates opening with no seeming action on his part. We glided down a flower-lined driveway to the side door of Jeff’s sprawling mansion

“Mr. Schaeffer will be joining you shortly,” he told me, after checking a text on his phone. “He was held up at his office. I’ll take you inside. His cook is named Leyla. Ask her for anything you need.”

They seated me at a wide glass table with a view of Jeff’s backyard, including a stone patio and narrow lawn bordered in the back by a hedge. Leyla, an olive-skinned, hook-nosed woman with her hair under a scarf, brought me a steaming cup of fragrant tea.

It was still too hot to sip when I heard the telltale rumble of chopper blades and watched a gleaming helicopter come to rest on the patio.

When Jeff finally took his place across the table after profuse apologies, I surveyed the changes the past two decades wrought on his face. Same facial structure, but fine skin lines and silver hair strands showed his age.

The last time he’d seen me, I looked like any other guy. Now I looked so feminine no one had given me a second glance in years. If my appearance surprised him, he showed no sign. Never one to beat around the bush, he launched into conversation.

“Gerri, you look great. Tell me all about what you’ve been up to since we last met. You mentioned you had a daughter. How old?”

“Seventeen,” I told him.

He nodded. “A challenging age.”

I shook my head. “Not Elizabeth. I’m lucky. She’s terrific.”

He didn’t know. I’d have to tell him.

“I’m sorry. I’d seen the announcement of your wedding. When did it happen?”

“About four years ago.”

“Do you feel comfortable talking about him?”

“Yes, it’s fine. I met Mike at work. He joined our department. He used to stop by my desk every day on the way to his. Took him a week to get up the nerve to ask me out. We were married a year later.”

“Can I ask about Elizabeth? Adopted?”

I shook my head. “Mine, actually.”

“Yours? I didn’t realize you could…” He stopped there, not wanting to sound uninformed.

“Mike would have given me anything I asked for. I had frozen some sperm before transitioning, just in case. We hired a surrogate. Cost a fortune. We actually mixed some of mine and some of his for the insemination. Turned out it was mine that took. Liz looks exactly like a younger me.”

“What happened to him? May I ask?”

“ALS. Amyotrophic Lateral Sclerosis. Lou Gehrig’s. We found out when Liz was a kid.”

He shook his head. “Must have been awful.”

“Looking back, it was. He had to quit his job. I had quit mine when Liz was born, so no income. He held on for six years. The last couple years, Liz and I pretty much did everything for him. But he was always there, always himself, and I have to say, I savored every minute, even close to the end. Yeah, it was bad, but I got really good at living for the moment and being grateful he was still with us, eager to keep on living. I had the hardest time after he was gone, but while he was here, love kept us all going.”

“Don’t try. Let’s talk about something cheerful. Is it true about you and Ashley?”

He paused, reluctant to brag. “I’m not sure how serious it is. It’s a good career move. I’ve gotten a lot of clients through her. We’re dining with George Clooney and his wife tomorrow. He might throw a few mill my way.”

I tried to think of a suitable response. Luckily, his cell buzzed, rescuing me.

“It’s my assistant,” Jeff said. “Sorry. He knows not to bother me unless it’s important. I’ll be right back.”

He slipped out of the room, leaving behind visions of celebrities, vast sums of money, helicopters, and chauffeurs. It could have been my life. I wouldn’t be raising Liz in a tiny apartment in Piscataway, N.J. sharing a car with my daughter that’s older than she is, and hoping it will get me to work one more time. I wouldn’t be at the only job I could find after fourteen years out of the workforce whose hours allowed me to be there for her. For a few moments I permitted myself the bitterness of what might have been, thoughts I usually outrun.

I was rescued this time by my own cell, the ringtone warning that Liz was on the line. I looked at the time. “When are you getting to your party?” I asked. 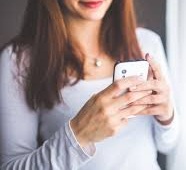 “I decided not to go,” she told me, and I knew the reason had to be big, because she’d been planning her outfit for weeks. Robert was going to be there, the guy she had designs on. According to her, he’d been steadily working up courage to ask her out.

“It’s Pammy.” Her best friend. “Kevin broke up with her this afternoon.”

“They’ve been seeing each other since the beginning of the year.”

“She’s pretty broken up. I told her she could come over. She’ll probably still be here when you get home. We’re sitting down to watch Sense and Sensibility.”

“Won’t you be bored? You’ve watched that so many times.”

“It’s her favorite movie, and I didn’t want her to be alone.”

“He’ll just have to do without me a little longer. He’ll survive. Or not.”

How did I end up with such a confident, compassionate young woman? What had I done so right?

“Have a great night.”

Mom. Would I ever tire of hearing that? How many times in my childhood had I wished to be someone’s mother, knowing it could never happen. Now, I not only had been one for seventeen years, but ask my childhood self what sort of child I wanted, I would have exactly described Liz.

Jeff strode back into the room as I put my phone away, apologizing for having to give his approval to some sort of unusual deal that one of his associates had just struck.

“That’s OK,” I assured him, intending to continue the conversation where we left off. But I drew a blank. “Now, what were we saying?” I finally had to ask.