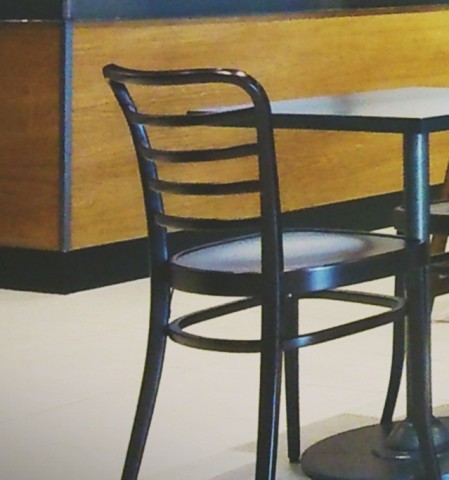 “Do you want company?” Laetitia couldn’t say what it was about the woman. But something – her eyes, her body language – something, said please join me.

The woman smiled genially. “Sure.”

Laetitia pulled the chair out from underneath the small table and lowered herself onto it. It was not especially comfortable, rounded seat, wooden back. Perhaps the Cafe didn’t want patrons becoming too relaxed and taking up valuable space.

“You look a little down,” Laetitia said.

“Want to talk about it? You don’t know me, but sometimes an ear helps.”

“I’ll be okay. Nothing you can do about it.” 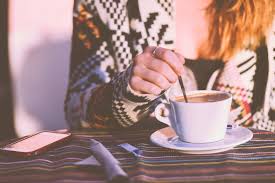 With introductions over, the nascent conversation lapsed into silence. This was a mistake, Laetitia thought to herself. What was I thinking? Clearly the lady wants to be alone.

She tried again. “I love your sweater.”

Helen ran her liver-spotted hand over the garment. “Thank you, dear. I made it for my husband.”

“Oh, heavens no. Nothing wrong with the fingers.” She wiggled her wizened digits as proof. “No, it’s just that ever since…” She stopped herself. “You don’t want to hear that. Surely you have better things to do than sit here with an old lady. It looks like you were on your way.”

Laetitia sat back. “Well, I was supposed to meet someone here. I’m pretty sure he’s not coming. I tried messaging and voice mail. No answer. I gave him 45 minutes. That’s enough.”

Laetitia nodded unenthusiastically. “I hoped it would be. I met him online. We’d been messaging back and forth for a week. We talked a couple times on the phone. Sounded like a nice guy. Seemed like we connected. We’re both teachers. We shared classroom war stories. We both like the same movies. Neither of us smoke. By the end of the second call, we were finishing each other’s sentences.” 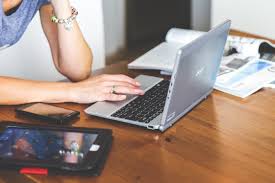 “Must have gotten scared.”

“Well thanks, but it’s not looks that scares them.”

“I don’t understand. Why would you have trouble with men?”

“Because I used to be one.”

Laetitia’s voice lowered. “I used to be a man. You know, like Caitlyn Jenner.”

Now Helen stared. “Well, I can’t believe that. How could you have been a man?”

Laetitia shrugged. “Not my choice. I was born that way. Luckily, I didn’t need to stay that way forever. Nowadays that can be fixed.”

“So how did this man friend of yours know?”

Laetitia sighed. “I had to tell him. I mean, I’m looking for someone for the long term. Sooner or later he would find out. All my friends know. My family too. Too much to expect that no one would ever spill the beans. And I don’t want to live in fear of it. So I let men know at the outset. Last night when we talked, he asked to meet me. I said sure, and we agreed to come here. Then I told him about my past. I gave him a chance to change his mind if he wanted. He said he was okay with it, but I don’t know. He seemed uncertain, but I wasn’t sure whether he just had to get off the phone. Now I know.”

Helen reached over and patted Laetitia’s hand. “He’s an idiot, that’s what I say. Doesn’t know a good thing when he trips over it. Doesn’t deserve you.”

“Well thank you, but be that as it may, I’m still alone.”

“You’re pretty. I’m sure someone will find you. There’s a lid for every pot. The right man is out there.”

“Yes, I’m pretty. But I’m 54. There aren’t a lot of men looking for 54-year-old women in the first place. The ones that are, have their pick. It doesn’t matter how pretty I am or whatever else. You don’t often hear, ‘Wow. I can’t wait to meet a 54-year-old trans woman.’ I’ve been trying to meet someone for three years. I’ve gone on exactly four dates in that time. I don’t see how the next three years will be any different. It’s hard for my friends who aren’t trans to meet people. What hope is there for me?”

Somehow, Helen knew better than to continue her reassurances. Instead she put her hand on Laetitia’s forearm and give her a supportive stroke.

“God, what am I saying? I’m pouring my heart out to a stranger. I’m really sorry.”

“Oh, it’s fine, dear. I understand what you’re talking about. I’m 79. Not too many men eager for my company either.”

“I thought you said you were married.”

“I was. He passed away a few years ago.”

“No, dear. You were willing to listen to me. Instead I listened to you.”

Laetitia paused uncertainly. “Can I ask you a question?”

“I hope you won’t take offense at this. But you said that men are not much interested in you. You said it was because of your age.”

“How do you deal with it? How do you deal with being discarded like a worn out rag. I mean, I feel like a piece of fruit that the store threw on the reject pile because it was too rotten to sell. How do you get used to that?” Laetitia felt tears welling up in her eyes. She used the back of her hand to dry them, but more came. Helen didn’t try to make her feel better. She just let her cry for a few moments. Once Laetitia had collected herself, she spoke.

“You were on your way out. You stopped to talk to me because I was unhappy. You didn’t know me. You didn’t know anything about me. You were in the middle of an upset of your own, but you took time to make sure I was okay. Do you know what that means?”

“It means you are a compassionate, caring soul with a lot of empathy. That’s rare in this world. Please don’t ever lose sight of how wonderful that makes you.”

“Compassionate people are a dime a dozen. You took the time to listen to me.”

“No, I’m not a compassionate person. Or if anything, I became one. I certainly didn’t start out as one. I bet you were always this way.”

Laetitia considered Helen’s words. It’s true, she always sought the people who seemed unhappy, who looked like they could use a helping hand. Far too modest to agree with the compliment, however, she focused attention back on Helen.

“Thank you, but I’m sure you’re a very kind person.”

Helen shook her head. “No. Not like you. I took advantage of my husband when he was alive. Didn’t realize all that he did for me, didn’t even notice his kindness until he was gone.”

Laetitia shook her head. “I’m sure you were…”

Helen interrupted. “Let me tell you. One afternoon, I was knitting. He told me he wasn’t feeling well. That he ate something that disagreed with him. I told him to lie down and I would be in to make him a cup of ginger tea as soon as I finished the row. Laetitia, I chose to finish a lousy row of knitting rather than take care of him when he was under the weather.”

“He didn’t. I not only finished that row, but I went on to finish the entire section of the afghan I was working on. It wasn’t until that last row was complete that I realized I had totally forgotten his tea.”

“A mistake anyone could make.”

“When I went in to check on him, I found out that he did not ‘eat something that disagreed with him.’ I found him dead. He had been having a heart attack.”

Laetitia was speechless. She managed a weak, “I’m sorry.”

“Not as sorry as I was. As I am. Maybe I could have gotten help, if I’d been with him. Maybe even saved his life. If not, I missed my chance to be with him at the end. Because of my selfishness.”

Laetitia made the connection in her mind. “That’s why you don’t knit anymore?”

“It’s been six years. I take up that afghan every few months. My husband is gone because I wanted to finish it so badly, but I just can’t do it. There’s no enjoyment in it. A reminder of my own selfishness.”

“No. Just life. That’s the way life is. You make your choices. Then you have to live with them. I don’t cry about it anymore. Wouldn’t do any good if I did.”

“Just please, do something for me.”

“Promise me that anytime some idiot man turns you down because of what you USED to be, promise me you’ll remember the wonderful person you are. Can you promise me that?” 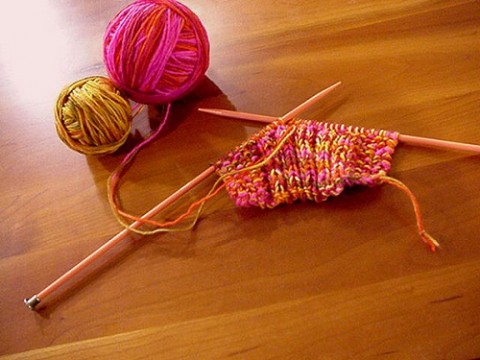