Trending
You are at:Home»News»Brazil: fifty-three transgender killings since the start of 2016

Your support makes all of this possible. Please donate or subscribe. We have raised $639.87 so far this month, leaving us $1887.93 below our goal for the month of February! :(

Only a few days ago we reported on the murder of two transwomen in Brazil in one night, but the killing continues. In the mean time, five other transgender people were killed. A trans woman identified as Ketelen Alves, 23, was shot twice in the early hours of the 23th of January on a sex work location next to the Ministry of Finance in Manaus. Another unnamed transwoman who was also in the sex trade was killed by several unidentified individuals. The crime occurred on the same night in the Pauzanes Sector.

The 23 year old Bruna Sousa de Menezes, was approached by several young men. They took her to a dark alley, where she was stabbed several times. The 20 year old Dani Pereira was picked up by the rescue unit of the Fire Department, after being hit in the chest by a gun shot. The victim was taken to the hospital, but was dead on arrival. The fourth victim, Michelly Fernandes, a transgender sexworker, was shot to death with eight bullets on the 25th of January.

A 2015 report from Al Jazeera noted that Brazil has “the greatest number of murdered trans people in the world.” Brazil LGBT organization Grupo Gay da Bahia told Al Jazeera that anti-LGBT killings in the country “increased from 1,023 in 1995, to 1,243 in 2003,” although the true number was likely higher. Transrevolução, a Brazilian trans-rights group,estimated that life expectancy for the transgender community in the country is about 30.

In Brasil, every 27 hours a transgender person is murdered, causing the death of 326 people in 2014. Last Wednesday, Brazil launched a campaign to support its transgender population, an issue that desperately needs attention after reports that 53 transgender women have been murdered in the country since the beginning of 2016. The campaign, initiated by the Ministry of Gender, Racial Equality and Human Rights, is part of the National Day of Transgender Visibility on January 29, Prensa Latina reported.

A representative of the Ministry, Lenir Santos, told Prensa Latina that reports of transgender discrimination require the government to address the issue: “The access of transvestites, transsexuals and transgender men and women to medical services depends largely on the social acceptance and discrimination based on sexual preference The country has reports of prejudice and exclusion and the alarming situation requires us to address the issue” 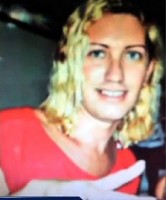 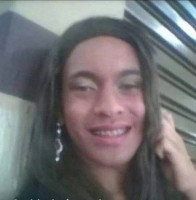