Trending
You are at:Home»Opinion»Columnists»Economic Pressure Doesn’t Win Hearts and Minds

Since the passage of virulently anti-LGBT legislation in North Carolina and Mississippi, economic and social pressure has been brought to bear on those states to backtrack. PayPal and Deutsche Bank have cancelled plans to expand in North Carolina, costing the state hundreds of jobs. Popular recording stars Bryan Adams and Bruce Springsteen cancelled concerts. There is talk about the NBA possibly moving next year’s all-star game, now planned to be played in Charlotte. 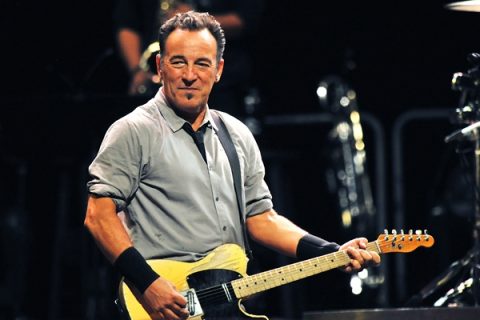 Indications are strong that similar pressure prompted Indiana’s change of heart when they passed an anti-LGBT law and then hastily repealed it last spring.

Why am I having a hard time celebrating these goings-on?

Across America, LGBT people are cheering these moves, like bystanders watching superheroes fly in and save the day with their amazing powers. Such a world is enticing — the mighty benevolently use their strength to rescue the weak and marginalized, restoring justice and equality. No one sees a downside.

But is this really how we want it to go?

Anyone who believes that PayPal and Deutsche Bank actually care about LGBT people doesn’t understand how corporate decision making works.

At first glance, what could be wrong? There was a happy ending in Indiana, after all, and North Carolina’s Governor Pat McCrory is now talking about a partial backtrack. (Though while McCrory’s alternate proposal is much kinder to lesbians and gays, it preserves the transgender bathroom horrors found in the original bill).

However, anyone who believes that PayPal and Deutsche Bank actually care about LGBT people doesn’t understand how corporate decision making works. Corporations are governed by investors who measure their success by profits and earnings. PayPal and Deutsche Bank are concerned they will have trouble transferring LGBT employees (of which they have thousands) to places where discriminatory laws exist. It costs them little to decide to move elsewhere. Possibilities for alternate locations are endless. They’re not interested in pressuring North Carolina or Mississippi to change. The economic incentives to provide a less discriminatory social climate are purely incidental. For that reason, I’m concerned that the true effect of those moves will be to challenge the politicians in those states to come up with legislation that will not put off business while still adequately stoking the flames of hate to motivate voters fearful of change into backing them.

That’s not what we want. We need a public understanding of why discrimination against LGBT citizens and bathroom oppression are evil. We need legislators and voters to know precisely why forbidding appropriate restroom use causes far more problems than it claims to solve. We need to humanize LGBT Americans in everyone’s eyes to the point that passing laws enabling their oppression are distasteful, not because of the economic hardships they call down upon the state, but because treating human beings that way is wrong.

Applying economic muscle will not win hearts and minds. To the contrary, it’s likely to convince people that we have no better argument than, “Change your minds or we’ll make you pay.”

Is it possible? Of course. Public opinion now overwhelming favors same-sex marriage, for example, while only a few years ago it was even more overwhelmingly opposed. The change was brought about by a widespread appreciation of the commonality between gay couples and straight ones. People’s minds can be changed.

But not by twisting their arms economically. It is the last resort of bullies to threaten those they cannot win over by persuasion. “I don’t want to hear your complaints. Do things my way or else!” That reads as an admission of wrongness on the part of the one using coercion.

And that’s exactly what’s being done to North Carolina and Mississippi, and what was done to Indiana. We’re forcing them to backtrack, even as they remain clueless to the moral and practical issues with their laws. Applying economic muscle will not win hearts and minds. To the contrary, it’s likely to convince people that we have no better argument than, “Change your minds or we’ll make you pay.”

Don’t get me wrong. I’m glad North Carolina is not getting off scot-free for their hasty legislative actions. But we’re succeeding only because of a unique alignment between corporate interests and our own. We’re not bringing about the understanding that will make these attempts at oppressive laws a thing of the past.