Your support makes all of this possible. Please donate or subscribe. We have raised $465.00 so far this month, leaving us $2053.46 below our goal for the month of January! :(

“Mark Green’s dangerous views and hateful comments are disqualifying for any public servant, let alone someone wishing to serve as secretary of the Army. His nomination was a clear indication of Donald Trump’s lack of judgement and failure to be a president for all Americans,” said Chad Griffin, President of the Human Rights Campaign. “We thank the many Senators, from both parties, who expressed concerns about this nomination. HRC’s millions of members and supporters stood strong against Donald Trump’s nomination of Green, and we will continue to fight back against any appointment or policy made by this president that puts our community at risk.”

HRC led a robust campaign to #StopMarkGreen and expose his shameful history of attacking LGBTQ people: 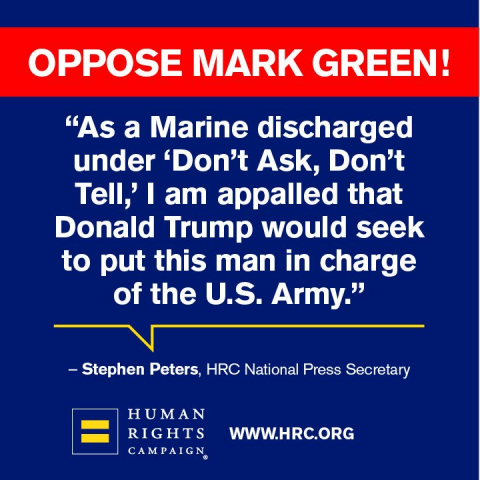 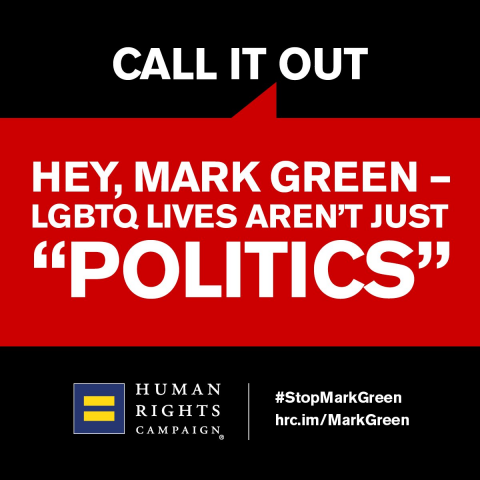 If Green had been confirmed, he would have succeed former Secretary of the Army Eric Fanning, who made history as the first openly gay leader of a branch of the U.S. military.