This ruling comes despite recent reform efforts allowing for a name and gender change by application only. Other recent rulings of Germany’s highest federal court have paved the legal way for a third gender designation. 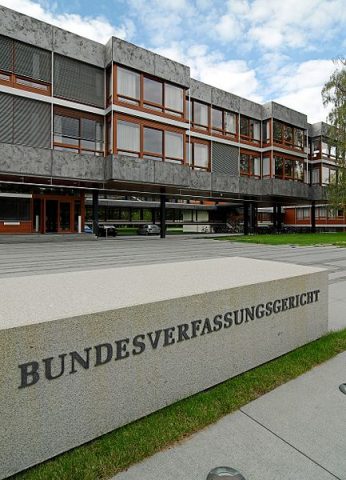 A Dortmund transsexual has filed a law suit after applying for a name and gender change has been rejected due to authorities requiring two independent studies by mental health professionals. In his law suit, she argued that the current procedure stigmatizes being transgender as mental health issue. In their decision, the court states that transsexualism is not a mental illness. The expert evaluation is rather an attempt to objectively confirm that the requirements for a gender change have been met. The current law (Transsexuellengesetz, TSG) requires to expert rulings before accepting a name and gender change.

The court appointed medical court experts have to confirm, that the requirement for a name and gender change exists for more than three years and that it is unlikely to change in the future. Getting such expert evaluation is a long and expensive process. The evaluation is not intended to attempt any kind of “cure”.

The court also states that these requirements are not a violation of human rights or one’s right to privacy.

The German Transsexual Law was signed in 1980 regulating the change of key identity documents. Initially surgical alteration of genitals was required, which has subsequently been removed. Several parts of the law have been struck down by the Federal Constitutional Court over the years. The law as a whole has come under scrutiny. The requirements for court dates and court appointed medical experts has been deemed a too big hurdle. Additional arguments include the cost occurred in the court system.

In June of 2012 a non-partisan working group has released a recommendation to rescind the current law and integrate a name and gender change into existing laws. The recommendation includes removing the court process in favor of a self determined personal decision and a simple application to the responsible registration authorities. It also recommends sealing previous records and enforcement for health insurances to cover transgender related care.

In 2014 the Federal Ministry of Family Affairs, Senior Citizens, Women and Youth has taken the lead and included LGBT interest groups to evaluate transgender related laws.

The German Green Party introduced a bill in 2017 following the recommendations of the non-partisan working group, removing the court process for a self-determined decision as well as privacy protections for outdated information.

So far no date has been set to discuss this bill.

Most major German parties support the reform approach and improved LGBTQ laws will be a central point for the newly elected government.