Trending
You are at:Home»Politics»Activism»GENDERCOOL – Parents Launch National Campaign To Advance The Gender Conversation

Your support makes all of this possible. Please donate or subscribe. We have raised $285.00 so far this month, leaving us $2229.02 below our goal for the month of October! :(

Chicago, IL –  In the midst of a national conversation about the rights of transgender youth, two parent advocates are coming together to unveil a campaign that’s more “show” than “tell.”

The GenderCool Project is an awareness campaign that opens up the conversation around gender in a way the general public can understand. The campaign’s centerpiece chronicles the accomplishments of transgender kids and their young allies across the United States.

At first glance, the effort feels more like a brand campaign than an educational effort, and that’s exactly how founders Jennifer Grosshandler and Gearah Goldstein intended it. Grosshandler, a marketing veteran and mother of four, including an 11-year-old transgender daughter, says she’s spent the past year advancing inclusive school policy in her home state of Illinois and traveling the country, studying the optics between transgender youth and the communities they live in. Their family’s own journey with Chazzie, which started when she was a toddler, helped Grosshandler understand the disconnect between who these kids are and how others perceive them.

Gia is a 14-year-old high school freshman. An honors student, Gia also excels in sports.
She is also a member of the Peace Club as well as the Family Career
and Community Service Leaders of America.

“The way to build understanding is for people to see just how remarkable these kids are,” said Grosshandler. “There is no lack of stories about the difficulties these young folks are going through, but I’ve met so many powerful, smart, talented young people. They are musicians, Athletes, Future Politicians, Business leaders, Broadway actors, and I’m asking … ‘Who’s telling their stories?’” Goldstein, a nationally recognized subject matter expert and mother helping to bridge a deeper understanding about gender and its impact on communities, has seen for herself the power of sharing her own experience. “Those who have never met someone who identifies as a transgender person are more likely to harbor fear and bias,” said Goldstein. “My job as a connector and proud transgender person is to guide them to an informed place of understanding and to discover the difference between an opinion and a real life experience. With the launch of GenderCool, we get out of the way as adults and let these amazing young people inspire others by showing their real life experiences and accomplishments.”

Landon is a 15-year-old strong advocate for transgender young people. He has participated in local and state initiatives to expand or protect transgender rights, and has testified in front of his school board and state legislators. He is currently working with a coalition of school groups to strengthen his own school district’s non-discrimination policy.

This percentage is markedly higher than a study released in 2017 by the Williams Institute at the UCLA School of Law. This study found that in the United States, there is an estimated 150,000 youth age 13 to 17 who identify as transgender, This represents roughly .7 % of this age group nationally. The study, titled Age of Individuals Who Identify as Transgender in the United States, is the first to provide population estimates for youth who identify as transgender in each of the 50 states, plus the District of Columbia.

GenderCool will launch in February to coincide with the one-year anniversary of the federal government rescinding its guidance to fully protect and support transgender students in public schools and other schools receiving federal funds.

The Launch of GenderCool has been featured in the Today Show.

“The actions on the federal level have had an unintended and inspiring consequence,” said Goldstein. “We’ve seen school districts, businesses and communities on the state level come together to stand for the fundamental civil rights of these amazing young people and their families.”

In spite of the positive momentum, the founders are well aware of the work ahead. “This campaign is about reaching the millions of people who continue to be conflicted about what they read and hear about our children and the families raising them,” adds Grosshandler. “They are seeing a steady drumbeat of inaccurate, negative news about transgender youth. We want to speak directly to them because we know when they see these stories, they will understand that these kids and their families are not so different than their own.”

The GenderCool Project is a national awareness campaign and 501c3 that brings to life the stories of remarkable transgender young people. The campaign launch will include: dynamic video content series highlighting five charismatic young people with dozens of more stories to come; positive messaging around the topic of gender highlighted through engaging website and social media platforms; powerful family story video, told for the first time by one of the founding families; and Team  GenderCool, a movement to build power and strength while doing good for others. For more
information, please visit www.gendercool.org 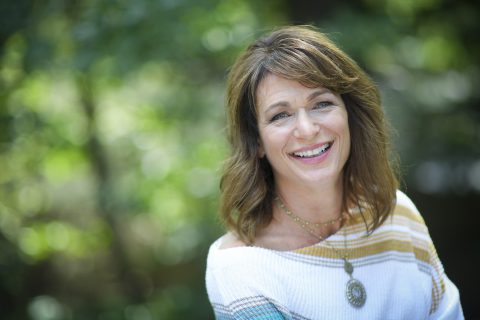 Jennifer Grosshandler, one of the co-founders of the GenderCool Project and mother to a 11 year old transgender daughter Chazzie

A veteran marketing consultant, Jen Grosshandler has supported iconic brands such as McDonald’s, Netflix, Starbucks and Allstate. She is also the mother of four, including an 11-year-old transgender daughter whose journey propelled her to become a national advocate and speaker intent in shedding light and levity on the gender conversation. Inspired to help others tell their stories, Grosshandler is launching The GenderCool Project, an awareness campaign to spotlight inspiring stories about transgender young people. She is also on the front line of school policy work for gender inclusive schools in Illinois, helping to lead the charge in multiple school districts, representing more than 35,000 students. 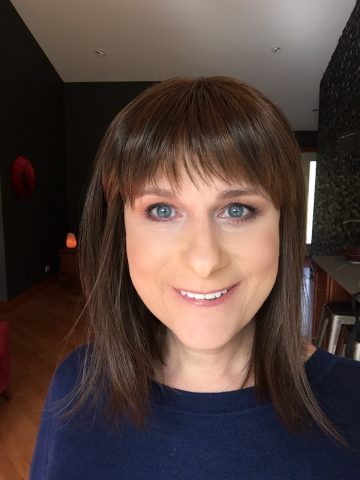 Gearah is a nationally-recognized LGBTQ subject matter expert who works tirelessly to focus on and eliminate fear surrounding topics of gender, love, and acceptance.

Gearah Goldstein is a nationally-recognized subject matter expert and proud transgender person helping to bridge a deeper understanding about gender and its impact on communities. Her success around the implementation of public and private policies that add gender inclusion practices in Illinois has been chronicled by national media. She is often invited by professional conferences, universities, and schools to discuss her experiences. Goldstein is also a law enforcement trainer and sensitivity training consultant for hospital networks, government agencies, educators, school faculty, businesses, organizations, students, and families. She has spoken to thousands of students and educators and has been featured on NBC and CBS national news and other outlets.