Trending
You are at:Home»Arts & Leisure»Zackary Drucker, and her vision of being Transformative

Zackary Drucker’s images of her subjects show the beauty of being in the here and now. How self-expression, and mood authors our perseverance of what has been known, what is apparent, and what is sought after. Her

work is a revelation, as she examines the drama from beginning to end, and displays our characteristics as dynamic, and entirely human.

In this article, I will be critiquing the work of Zackary Drucker, based on five interviews she has had, that discuss her work as a visual artist, and her Transgendervision with her partner Rhy Ens. Zackary Drucker’s significant works include being a producer of the film series Transparent,  and her visual art based on her photographic story called Relationships. Zackary Drucker has become a medium in Transgender self-expression and soul-searching. She describes her life as a woman who turned to art never to have to face boredom. While not overly ambiguous, her work is a revelation based on the transformation she had made as a male to female with her partner Rhy Ens who has transformed from female to male.

Zackary describes her motive in hopes of living in a genderless world. She sees her role in the film series Transparent as one who continually is opening the door to the Queer community. In her efforts, she is expanding it, and consistently inviting in, and revealing the Queer community for how inclusive it is. Zackary is a radical defending inclusion, feminism, and the real-life portraiture of the Transgender community that she reveals in film and photography. Working out of LA her transformation has brought to the world with her camera storytelling, and a telling of all that is both autobiographical and biographical.

Her work shows a spiritual dynamic creating mind, body and spirit, with all of its queerness, confusion and transitioning. She describes her life with her partner as an impulse that was meant to happen. In the dynamics of telling an evolutionary story of the beginning of opening up, and exposing to the world the drama of self in all of its detail, and colorful renditions. This is how Zackary is as a catalyst for overcoming fears, and suspicions of being Transgender, and living Transgender. It is as though we can not just have our cake and eat it too. The Transgender and Queer community in Drucker’s vision must take ownership of their souls searching, and find their way through the drama of their demise.

Her work begins with Rhy Ens, examining a kind of curiosity. One in which relationships are possible and transgender people live in a respected humanity. Her work is not pornographic, as she attempts to reveal how Transgenders and their transition begin during youth and last a lifetime. Her theory is that being Transgender is a lifelong process for those who are born that way.

Her feminism is one of inclusion, as we look to the trans community with a kind of awe, and auspiciousness. The gentle quality and the living with self-delusion are all seen in her photos. In the eyes of Zackary Drucker Feminist Theory, Drama, and Transformations are not novelties that are new of the way Transgenders live their lives but telling of the many variations in which we communicate our thoughts of liberation.

Zackary Drucker is setting a tone that accepts differences with her photography. In her thoughtful use of setting, she wants us to see the self-consciousness and introversion of her life as a Transgender. She hopes we can experience a kind of queer love, as each image is an episode in the way her depiction of life is both risk-taking and vulnerable. Sexual in many ways, she takes us out of our closets and shows us what they looked like. Beginning with the queer essential of finding out we have defined our acceptance of gender in a transformative fashion. We are forever telling our and retelling our stories of Transition. 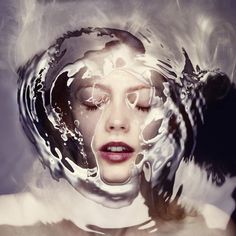 Art Talk with Zackary Drucker (National Endowment Of The Arts)