A civil rights case that began five years ago could reach the Supreme Court in the very near future.

Aimee Stephens, a transgender woman in the Detroit, MI area, wrote a letter to her employer in 2013 to inform them that she was undergoing transition and planned to begin dressing as a woman at work.  R&G and G&R Harris Funeral Homes, a Christian family-owned business, promptly fired Stephens, saying it was “not going to work out.”

Stephens filed a complaint with the Equal Employment Opportunity Commission, who then sued the funeral home. They cited wrongful termination on the grounds of her being transgender and “refusal to conform to sex-based stereotypes.”  Next, a district court ruled in favor of the funeral home, citing the lack of “gender identity” as a protected status under Title VII of the Civil Rights Act of 1964.  They did, however, find discrimination for opposition to Stephens’ “refusal to conform to its ‘preferences, expectations, or stereotypes’ for women.” 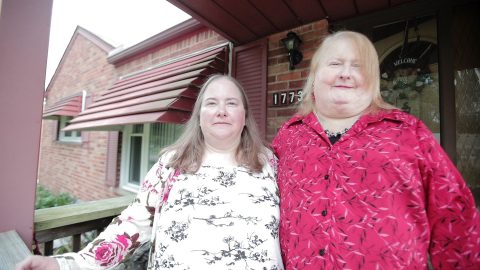 This March, the 6th Circuit Court of Appeals ruled in favor of Stephens and the EEOC, despite accusations of acting outside of accordance to their jurisdiction.  The funeral home’s lawyers, from the Christian nonprofit Alliance Defending Freedom, insist that by interpreting anti-discrimination on the basis of sex to include gender identity, the court assumed an authority reserved solely for Congress.

In July, these lawyers petitioned the Supreme Court to take up this case, a request backed by an amicus brief filed by GOP officials from 16 states.  The brief, headed by Nebraska AG Douglas Peterson, states that “’sex’ under the plain terms of Title VII does not mean anything other than biological status.”

“In rewriting Title VII to its own liking,” it goes on to say, “rather than interpreting the statute based on its text, history, and purpose, the Sixth Circuit not only ignored the will of Congress but bestowed upon itself (an unelected legislature of three) the power to rewrite congressional enactments in violation of the separation of powers.  The role of the courts is to interpret the law, not to rewrite the law by adding a new, unintended meaning.”

According to Bloomberg Law, the Supreme Court granted an extension to reply to the request to hear the case.  This allows the Department of Justice until September 24 to further investigate and decide whether to “allow the EEOC to participate in the case.”  It is one of three current federal cases on LGBT protections, the other two concerning individuals alleging termination based on their sexual orientation.

The impact of a high court ruling could affect more than the immediate protection of the transgender community.  The language in Title VII does not explicitly include rights based on sexual orientation.  Despite the current focus on gender identity, Lambda Legal Staff Attorney Sasha Buchert warns of potential outspread.  She speculates that “it’s likely the court could hold broader and define sex discrimination in a myopic and narrow way that would carve out all protections for LGBT workers that have been in place for decades.”

In the years since her termination, Stephens has dealt with an exhausting job search, legal battles, and health conditions.  She has been on dialysis following kidney failure and had two back surgeries in 2016.  Although Stephens resigned herself to the 2015 ruling of the district courts in the funeral home’s favor, a near-death experience in 2017 renewed her resolve to speak out about her case.  Now, with a favorable Circuit Court appeal yet a new threat in the Supreme Court, the situation seems as shaky as ever.

The next chapter may prove harrowing and tenuous for Stephens, but she knows she is only one of many who faces such discrimination as she has.  And with the funeral home invoking a violation of religious freedom, we can anticipate an increasingly venomous battle.  Upon revisiting the request one month from now, the Supreme Court may take up what could prove a turning point for worker rights of the LGBTQ community.

Aria has tried to write this a few times, only to feel that offering rote biographical info and speaking in the third person to boost her profile was too pretentious. So instead, I've decided to switch into the first person and say that I am very happy to be writing for Susans. I have a BA in English but haven't had the opportunity or confidence to use that in a public forum until now. I started to transition early last year, and am excited to find myself and my voice while highlighting the issues and fights that our community continues to face. I am thankful for this space to expand my thoughts, and always welcome feedback and conversation of all kinds, so feel free to comment and/or send me a message at any time. My love to all of you, Aria