Trending
You are at:Home»News»Violence After Death: Deadnaming Transgender Murder Victims

August 30th marks a day of sadness for the transgender community.  24-year old Dejanay Stanton of Chicago was found in a street with a fatal gunshot wound to the head.  That same morning, Vontashia Bell of Shreveport was also shot, multiple times.  She was just 18 years old. 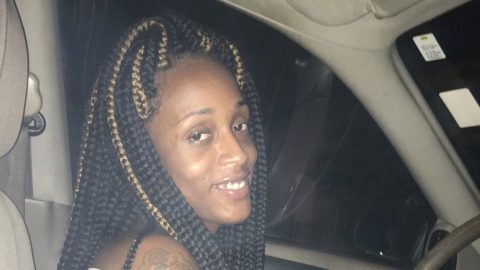 Dejanay Stanton, 24, of Chicago was found murdered on the morning of August 30

Dejenay and Vontashia are the 17th and 18th murder victims of the U.S.’ transgender community this year.  On the heels of the worst year of violent fatality in recorded history – 28 in 2017 – we are on track to break the record again by the end of 2018.  This number inversely reflects the visibility and public acceptance – however genuine – we have continued to garner over the last several years.

Bell’s death has sparked an outcry in the communities of Shreveport and Louisiana at large.  Her authentic identity has been omitted from reports and her murder passed off as insignificant.  The Shreveport Times deadnamed and misgendered her, effectively reducing her to another man found dead In the street.  This action has neither been reversed nor accounted for by either the Times or the Shreveport Police Department.

Invisibility and the Public Eye

On June 1st, Antash’a Devine English, 38, was murdered in a drive-by shooting in Jacksonville, Florida.  Antash’a, who described herself as “independent” on her Facebook page, was deadnamed and misgendered by the Jacksonville Sheriff’s Office, or JSO.  Additionally, the department fails to see a connection of gender identity between her death and the three other trans women shot in Jacksonville this year.  Sheriff Mike Williams pointed out that the victims shared an involvement in sex work.  According to an NPR story on September 1st, “he believes their deaths have had more to do with sex work, than their identities as transgender women.”

Antash’a English (left), 38, gunned down in Jacksonville June 1 and Amia Tyrae (right), 28, found shot to death in Baton Rouge March 26. Both were misgendered and deadnamed in police and news reports

JSO and Shreveport Times are just recent examples of a refusal to properly identify transgender people in reporting deaths.  According to a ProPublica report on August 10th, 74 victims of the 85 transgender murder cases investigated since 2015 were “identified by names or genders they had abandoned in their daily lives.”  Amia Tyrae, a trans woman murdered in Baton Rouge on March 26th, was identified by police as a “transvestite” and a man.  The BR Police Dept has no policy on identifying transgender crime victims.  BRPD spokesperson Don Coppola told ProPublica that they would use the “sex assigned at birth, noting ‘if it’s a male, it’s a male.”

A few agencies, including Los Angeles and Dallas, do use victims’ preferred names and pronouns when issuing reports and statements.  Officers in these jurisdictions recognize a need for trust and partnership between their departments and the transgender citizens belonging to their communities.  ProPublica spoke with Deputy Chief Thomas Castro of the Dallas police regarding the murder of Carla Flores-Pavon in May of this year.  “’When we go out to the community and talk about somebody, we have to identify them by the way they identified,’ Castro said, adding that it wouldn’t do the department any good to use a name that nobody knew her by.”

Laverne Cox publicly weighed in on the issue of deadnaming following ProPublica’s article, expressing sadness as well as sharing a bit of her story.  She posted to Twitter that she had once considered suicide and wrote notes with her name and pronouns she identified with in order to prevent being misgendered and deadnamed following her death.  She says “being misgendered and deadnamed in my death felt like it would be the ultimate insult to the psychological and emotional inquiries I was experiencing daily as a black trans woman in New York City, the injuries that made me want to take my own life.”

When No One Else Speaks for Us

Many trans people face an array of hardships in life, and identity erasure after death should never be a fear.  Glimmers of hope are found in those who honor the memories of fallen members of the trans community.  But we still severely lack vital support from law enforcement and journalistic agencies.  Following Bell’s death, Louisiana Trans Advocates released a statement calling to leaders in Shreveport and Louisiana to “speak out against these killings, against the ongoing, systemic devaluation of trans people…and against the institutionalized racism that places almost all of this burden on trans women of color.”

In Jacksonville, Antash’a English’s close friend Chloie Kensington started the advocacy group Stiletto Sisters Society.  The group provides “information and resources about legal name changes and safe work environments.”  Kensington was also involved in a meeting between the JSO and LGBT community run by Sheriff Williams.  At this meeting, Williams announced that he is forming a team of liaisons to the LGBT community.  Regardless of this announcement, it took a full month for JSO to hold this meeting, after being pressured by Kensington and others in the trans community following English’s murder.

In both cities, initiation of action fell to the transgender communities mourning their sisters.  Their vehemence and persistence have begun the needed changes in forming partnerships between their communities and the law enforcement agencies responsible for protecting them.  It is not unreasonable to expect protection and respect from police departments and news reporters.  Crisis should not be the necessary circumstance to foster change and empathy.  In Jacksonville and Shreveport, however, it seems the only place to start.

Aria has tried to write this a few times, only to feel that offering rote biographical info and speaking in the third person to boost her profile was too pretentious. So instead, I've decided to switch into the first person and say that I am very happy to be writing for Susans. I have a BA in English but haven't had the opportunity or confidence to use that in a public forum until now. I started to transition early last year, and am excited to find myself and my voice while highlighting the issues and fights that our community continues to face. I am thankful for this space to expand my thoughts, and always welcome feedback and conversation of all kinds, so feel free to comment and/or send me a message at any time. My love to all of you, Aria